Fidelity Bank Plc at the weekend clinched the award for Commercial Bank of the Year at the 2020 edition of BusinessDay Banks and Other Financial Institutions (BAFI) Awards held in Lagos. The bank won the award in recognition of its support for economic activities in the real sectors of the Nigerian economy, particularly for its consistency in enhancing the development and competitiveness of Micro Small Medium Enterprises (MSMEs). 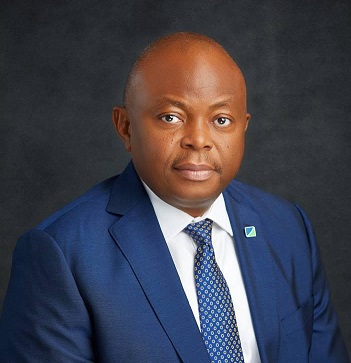 Receiving the award on behalf of the bank at the presentation ceremony which took place at the Lagos Continental Hotel, Victoria Island, Lagos, Fidelity Banks’s Executive Director, Corporate Bank, Mr. Obaro Odeghe dedicated it to the bank’s teeming customers, whom he said are central to the bank’s overall strategic intent.

“The reward for hard work they say is more work. We are encouraged to continue to do more for the benefits of our customers and the overall economy” he stated. 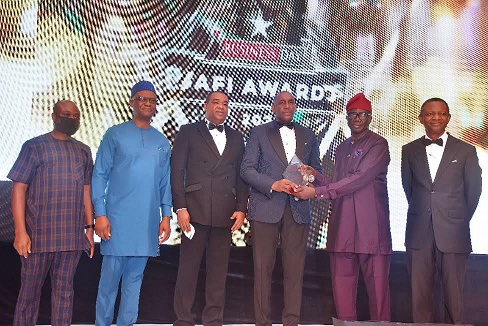 Also, on the night, the Managing Director/Chief Executive Officer, Fidelity Bank Plc, Mr. Nnamdi Okonkwo was honored as the banking sector CEO of the Decade for “transforming Fidelity Bank into one of the fastest growing and most trusted financial services brands in Nigeria”.

The organizers specifically noted some of his key achievements to include the rebranding project which drove an increased youth appeal; revamping of the bank’s performance management culture to instill a culture of performance; technology refresh and digital transformation in furtherance of the digital retail strategy he  implemented. 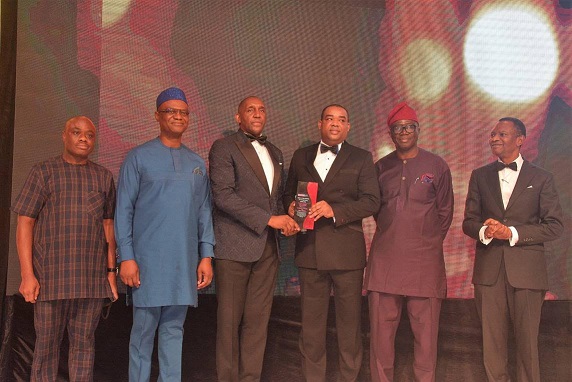 Leveraging on the realigned and repositioned operating structures, re-energized workforce and a more appealing brand, the bank recorded a consistent growth in financial performance under his leadership. Specifically, PBT growth of 236% from N9.0bn to N30.4bn in 2019; RoE rose from 5.5% to 13.3%; Customer Deposits grew by 68% from N806.3bn to N1,352.3bn and Savings Deposit rose by 275% from N83.3bn to N312.1bn.

The award was received on behalf of Mr. Okonkwo by the bank’s Executive Director, Operations and Technology, Mr. Gbolahan Joshua who dedicated it to all stakeholders including, customers, shareholders, Board of Directors, Executive Management and staff.

“This comes as a crowning glory to the contributions of Mr. Nnamdi Okonkwo to Fidelity Bank, the banking industry and the entire Nigerian economy. As you may be aware, he is retiring as our CEO, after the completion of contract tenure, by December 31, 2020. He has asked me to dedicate this to all the stakeholders of the bank, including his family and mentors. According to him his modest achievements and contributions would not have been possible without their unalloyed support and help” said Joshua.