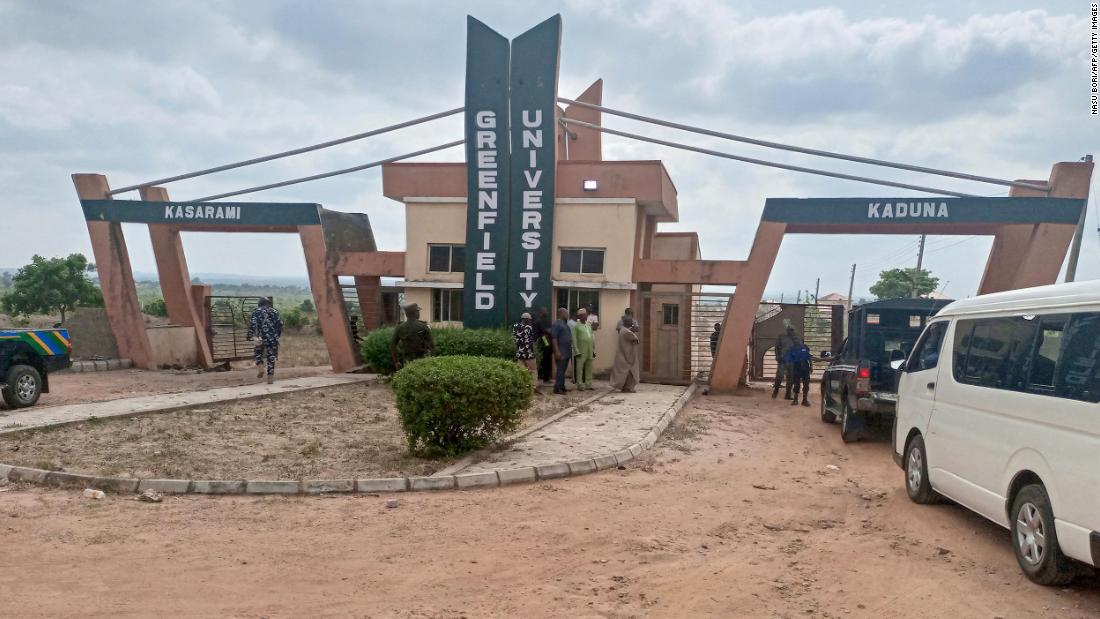 Parents of the remaining kidnapped students of the Greenfield University, Kaduna in bandits’ captivity have begged the Federal Government to rescue their children, saying the bandits refused to release the students after paying N60m ransom.

They claimed they could no longer meet the latest demand of N160m cumulative ransom by the bandits.

The students abducted by the bandits on April 20, 2021 at the school located along the Kaduna-Abuja highway have spent at least 24 days in captivity.

Few days after their abduction, the bandits killed five of the 23 students for failure to pay N800m they demanded as ransom.

Also, the bandits’ leader, Sani Jalingo, in an interview on the Hausa Service of the Voice of America, vowed to kill the remaining students if the parents failed to bring N100m and 10 motorcycles.

But the bandits rescinded their threat upon the intervention of the controversial Islamic cleric, Sheikh Ahmad Gumi.

Speaking on behalf of other parents in Kaduna on Thursday, Chairman of the aggrieved parents, Marcus Zarmai, begged the President, Major General Muhammadu Buhari (retd.), to use his good offices to ensure the safe return of their children from the kidnappers’ den.

According to him, the bandits are now demanding a ransom of N160m with each of the parents expected to contribute N10m for the remaining 16 students.

This, he said, was after the parents had contributed over N60m to the bandits for the release of their children without result.

“We, the parents, are appealing to the Federal Government to assist us to pay the ransom demanded or find any other way to ensure the safe return of our children.

“The same strategy that was adopted to rescue the kidnapped students in Jangebe, Zamfara State, Kankara in Katsina State, Kagara in Niger State and Afaka in Kaduna State should be adopted by the Federal Government to rescue our children too because they are also Nigerians,” he added.

Easter Chukwuemeka, whose mother was among those kidnapped by the bandits, also called on the Federal Government to as a matter of urgency intervene as the absence of their children had impacted negatively on them.

Among the  remaining 16 persons in the bandits’  den are 13 students and three female workers of the university.

The state Commissioner for Internal Security and Home Affairs, Mr Samuel Aruwan, who confirmed this, however, did not mention the day the operations were carried out.

He said the operations were as reported to the state government by the NAF.

According to Aruwan, armed reconnaissance was conducted over Erena, Kusasu, Kuduru, Kulefe, Kusherki and Shiroro in neighbouring Niger State, as well as Chikun and its environs in Chikun LGA.

He said, “Bandits were seen fleeing the Kaduna State part of Kusasu (in Chikun LGA) on motorcycles. They were trailed by the crew and subsequently neutralised.

“Normal human activities and free flow of traffic were observed along the highway and rail line. All locations scanned were reported calm with no threats observed.”

In addition, the commissioner noted that strike aircraft carried out operations over Jan Birni, Birnin Gwari LGA, which he said was observed to be active with bandits, noting that some bandits were taken out and the camp set ablaze and destroyed.

Aruwan added that the air operations, including air interdiction, armed reconnaissance and patrols, would be sustained in the coming days over Kaduna metropolis and other areas of interest in the state.

“Major highways will also be covered, including the Kaduna-Birnin Gwari, Kaduna-Abuja, Kaduna-Zaria, Kaduna-Kachia and Kaduna-Afaka roads. Receiving the feedback, Governor Nasir el-Rufai commended the crews for the successful missions, and thanked them for their proactive operations,” he stated.