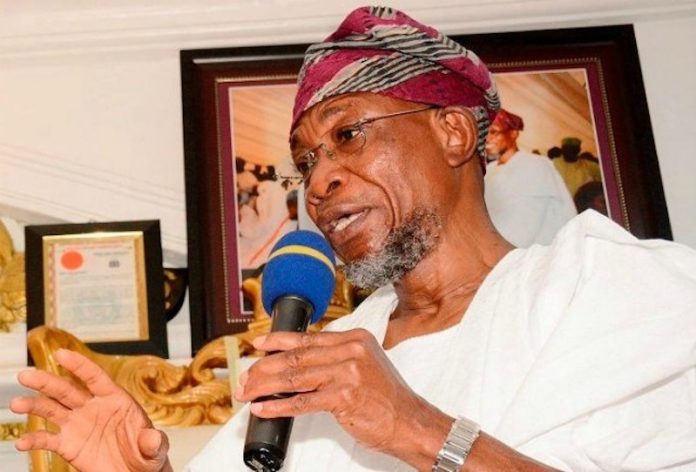 The Minister of Interior, Mr. Rauf Aregbesola, has condemned attacks on Nigerians, including security operatives in the North-west states in Nigeria.

Aregbesola stated that bandits, whom he described as “enemy” and “cowards”, were out to create fear in the hearts of the people and give “false impression that government could not protect the people”.

The minister said this while delivering a keynote address at titled, ‘For Effective Border Control and National Security’, at the Passing Out Parade of the first batch of 285 Officers and Men of the Nigeria Immigration Service drafted for ‘Special Operation in the North-West’ in Kano State.

While giving an update on the programme, Aregbesola tweeted that this first set of officers and men are part of 2,000 personnel of the service to be drafted and trained for the operation, which is designed primarily to tackle the security challenges in the North-Western states in Nigeria.

He said, “The operation is a formulated campaign resulting from the peculiar security scenario of the North-West that shares some characteristics with insurgency.

“This is usually a medium or low-level conflict in which the enemy appears from hiding to launch a surprise but cowardly attacks on usually unarmed innocent civilians and sometimes military personnel or public infrastructure.

“They hurriedly leave before adequate response could arrive and then vanish into thin air. So, they appear to disappear and then reappear and disappear again. They ordinarily could not withstand government forces in muzzle to muzzle fighting. They would be crushed and routed in hours.

“But their objective is to do maximum damage, using the element of cowardly attack in order to strike fear in the hearts of the people and embarrass government by giving the false impression that government could not protect the people.”

“The security agencies, therefore, need to collaborate in formulating strategies that will cordon off the immigrating adversaries, deter others in their attempts and put the ones domiciled within the national territory to a degraded status, after which they would completely surrender.”

A statement from NIS’ spokesman, Mr. Sunday James, quoted the Comptroller General, Mr. Muhammad Babandede, as warning the officers to avoid compromise in the course of their duty.

“They are expected to cover about 700 kilometres along the flanks of neighbouring Cameroon, Niger, Chad, Benin Republic covering the North East and West of the country, ” he added.