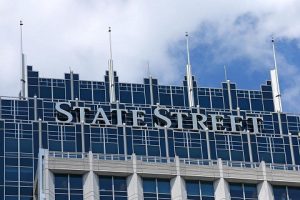 State Street Corporation will pay $64.6 million to resolve U.S. investigations into what prosecutors said was a scheme to defraud six clients through secret commissions on billions of dollars of trades, authorities said on Wednesday.

Under the deal, State Street entered into a deferred prosecution agreement with federal prosecutors in Boston and agreed to pay $32.3 million. The bank has agreed to pay an equal amount to the U.S. Securities and Exchange Commission.

As part of the deal, State Street admitted to conspiring to add secret commissions on trades performed for the six clients, prosecutors said. It also agreed to enhance its compliance program and retain a corporate monitor.

“Banks that defraud their clients in this way must be held accountable, no matter how big they are,” acting U.S. Attorney William Weinreb in Boston said in a statement.

According to Reuters report, the settlement came after prosecutors in April announced the indictment of two ex-Street Street executives, Ross McLellan, a former executive vice president, and Edward Pennings, a former senior managing director in the bank’s London office.

The case followed a 2014 settlement between State Street and the U.K. Financial Conduct Authority in which the Boston-based bank paid a fine of £22.9 million ($37.8 million) for charging the six clients mark-ups on certain transactions.

State Street said in a statement that it cooperated in the investigations, had reimbursed the six clients at issue, had fired employees in connection with the matter and had implemented stronger controls.

“State Street deeply regrets this matter and accepts responsibility for the actions of its former employees,” it said.

State Street has faced other allegations of overcharging. In July, it announced it would pay $530 million to resolve U.S. probes and lawsuits involving claims that it overcharged clients on foreign-currency transactions.

Prosecutors said that from 2010 to 2011, McLellan, Pennings and others conspired to add secret commissions to fixed income and equity trades performed for the six clients.

The commissions, which Messrs. McLellan and Pennings took steps to hide, came on top of fees the clients agreed to pay despite written instructions to the bank’s traders that they should not have to do so, prosecutors said.

Both have pleaded not guilty to securities fraud and wire fraud charges. Their trial is scheduled for October.