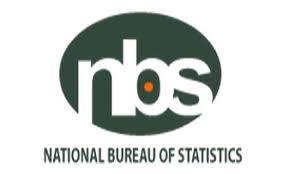 The total banking industry credit to customers in the 36 states of the federation and Federal Capital Territory (FCT) rose to N18.90 trillion in the second quarter of the year (Q2 2020), compared to N18.56 trillion in the preceding quarter and N15.44 trillion in Q2 2019, the National Bureau of Statistics (NBS) stated yesterday.

According to the Selected Banking Sector Report: Quarterly Geographical Distribution of Credit by State Q1 2015 to Q2 2020, released by the statistical agency, Lagos State recorded the highest credit by geographical distribution with N14.92 trillion or 78.94 per cent of total credit, while Yobe State recorded the least credit facility with N13.8 billion, accounting for 0.07 per cent in Q2 2020.
The FCT accounted for N564.10 billion of industry credit within the review period, while Abia accessed N97.15 billion, as well as N92.85 billion.

According to the NBS, the total value of loans distributed under the Agricultural Credit Guarantee Scheme Fund (ACGSF) stood at N4.07 million in 2019, compared with N4.37 million distributed in 2018, representing a decrease of -7.03 per cent year on year.