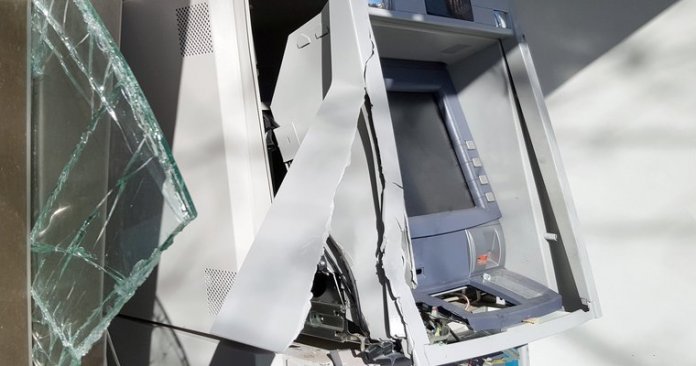 Banks have begun taking stock of their losses to the civil unrest in some parts of the country in the wake of the shooting of protesters at Lekki, Lagos State.

THISDAY gathered at the weekend that preliminary assessment of the damage arising from attacks on financial institutions and their assets by hoodlums, who hijacked the #EndSARS protests, showed that more than 67 bank branches were destroyed and many automated teller machines (ATMs) damaged.

However, insurers have dispatched their officials to the various sites, banks inclusive, to ascertain the extent of damage done to assets under their cover that were destroyed by hoodlums across the country.
The number of banks’ branches affected could be higher than the stated figure as some of the financial institutions said they were yet to ascertain the exact number of their branches and ATMs that were affected.

While the hoodlums torched some bank branches, they broke into others in a bid to loot their vaults, THISDAY gathered.

Also, three branches each of Wema Bank and Sterling Bank were damaged; two of the branches each belong to Stanbic IBTC and Unity Bank respectively while Heritage Bank, Ecobank and Polaris Bank lost a branch each respectively.
Nevertheless, the banks would be looking up to the insurance companies to underwrite the losses.

THISDAY gathered that the insurance cover for banks includes vault, cash-in-transit, ATMs, fire and special peril.
Also, insurers have dispatched their officials to the various sites, banks inclusive, to ascertain the extent of damage done to assets under their cover that were destroyed by hoodlums.

This is to enable the underwriters to determine the amount of claims as well as the modalities for payment to governments, businesses and individuals that were affected by the violent protests.

Insurance experts told THISDAY yesterday that when risks due to civil unrest occur as seen last week, insurance technical persons and adjusters would be sent to see whether the actual cause of the damage was covered by any policy statement or should be accommodated under extensions.

Speaking in a telephone interview, the Managing Director, Corporate Loss Adjusters Limited, Mr. Levi Omoboyowa, said the situation would be critically examined to determine which of them was genuine and payable.
He said adjusters from different parts of the country had been dispatched to the scenes of the destroyed assets, stressing that until they collate the result of their findings and their judgment filed to the respective companies, insurers cannot know how much claims they have to settle.

He said he and his colleagues have started working to come out with the value of claims to be paid by each insured who had undertaken a policy on the damaged businesses.

Also, insurance underwriter and Managing Director of Universal Insurance Plc, Mr. Ben Ujoatuonu, said insurers are already estimating the situation in order to compensate those covered by their policies.
He, however, added that even though insurers are in business to pay claims, the risk in question must be covered by the policy purchased.

He said the risk from the EndSARS protest can only be paid for if the owner of the property or other assets covered bought fire extension.

According to him, “Otherwise there is no insurance cover for strikes and civil commotion risks as they are not basic cover.”

He said the situation the country passed through last week was an eye-opener to Nigerians on the need to buy insurance products for risk management and protection, saying no one knows when such an incident would occur.
The Managing Director of Bof Africa Insurance Brokers, Mr. Olumide Fatogun, said the unfortunate development would prove to Nigerians that insurance and claims payment are real.