The Executive Secretary of the Nigerian Shippers’ Council (NSC) on Tuesday blamed the gridlock on Apapa port access roads as one of the major causes of the congestion at the ports. 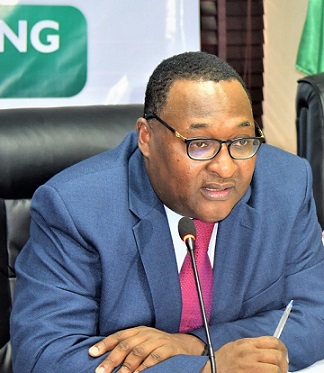 The Nigerian Shippers’ Council Executive Secretary, Barrister Hassan Bello who said this at a stakeholders meeting organized by the council in Apapa said that the gridlock on the port access roads is another cause of the congestion at the ports.

Bello who was represented at the event by the Director, Inland Services of the Council, Mr. Akintunde Makinde, also described the border closure as a good problem.

“I want to tell us here that we have a looming congestion in our Lagos ports and this is caused by the closure of our borders which has given us what we can call a good problem”, he said.

According to him, “because the cargoes which were being diverted to the land borders are now coming in through the seaports, this has shot up the throughout at the ports”

Bello also “blamed the traffic gridlock witnessed at the ports to the closure of the nation’s land borders. In view of the above the NSC convened this meeting to consider actions and measures to put in place to address the congestion”

He maintained that the meeting will also discuss the efficiency of the terminal operators at the ports.

Kindly Share This Story: The Progressives Solidarity Front (PSF), a socio-political group, has warned the…