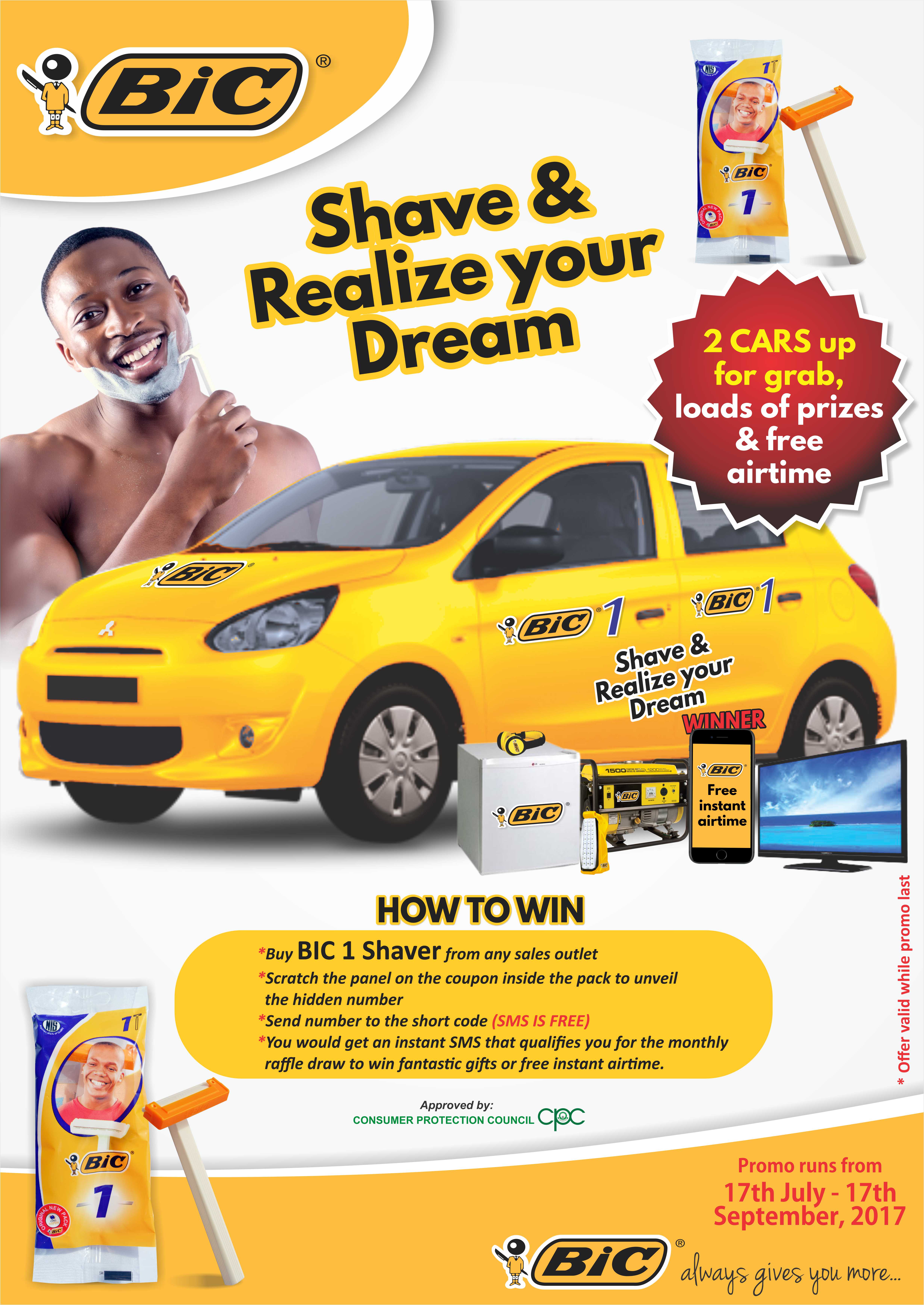 BIC 1 shaver, a leading shaving brand in Nigeriahas concluded plans to kick-start a coupon based promotion aimed at rewardingits consumers for their loyalty and patronage over the years.
The pan Nigeria consumer promo which will alsoinduce trial by new users will offer prospective and existing consumers theopportunity to buy a pack or more of BIC 1 Shaver and find the coupon placedinside the pack.
Thereafter, the consumer scratches the panel to getthe hidden number. It is this hidden number that the consumer will send to ashort code following which he gets feedbacks such as:
·Congratulations! You have woninstant airtime (VTU Top Up)
·Congratulations you have beenselected for the monthly draw
The promotion which will last for 2 months willhave a draw at the end of every month where loads of prizes and the star prizeof a car would be won
BIC is one of the best known international brands,present in almost four million points of sale in more than 160 countries. Its products are known and appreciatedall over the world for quality, affordability and ease of use.
BIC has been present in West and Central Africa since the earlyseventies first in stationeries, lighters and shavers. In shavers, BIC isavailable in different categories; men and women wet shaving, also insingle, double and three blades with products such as BIC 1, BIC Comfort 2, BICTwin Lady or BIC Flex 3.
A statement by the Product Manager Lightersand Shavers West Africa, Bigué Diouf said “BIC revolutionized shavinghabits with the launch of BIC 1, a single blade shaver and has sincebecome a market leader in Nigeria”.
Commenting on the latest promo exercise, she alsodisclosed that “the new promotion is also aimed at re-introducing BIC 1 shaverand a large BIC shavers range into the Nigerian market while alsorewarding loyal consumers and recruiting lapsed and new users”.
Advertisement

She further revealed, “We intend to use the BIC 1shaver promo to grow the brand equity of BIC shavers and by extension the BICbrand while also increasing BIC brand awareness and encourage trial usage bytarget audience”.
The promo which will run pan Nigeria will hold itsdraws in Onitsha and Lagos in August and September 2017 respectively