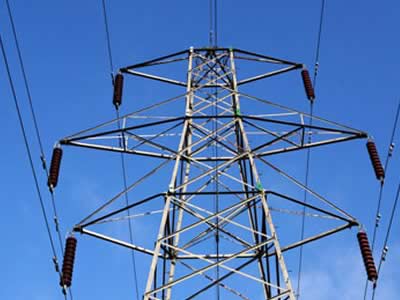 Nigeria may experience widespread blackout soon as power generation companies have unanimously agreed to call the bluff of the Nigerian Bulk Electricity Trading Company by shutting down power production and supply.

At a briefing in Abuja on Sunday, the Executive Secretary, Association of Power Generation Companies, an umbrella body for the power firms, Joy Ogaji, said NBET’s insistence to impose a 0.75 per cent administrative charge on Gencos for payment of gas invoices was the reason for the imminent power shutdown by Gencos.

It was also gathered that the indebtedness of NBET to power generation companies had risen above N1tn.

NBET is licensed and regulated by the Nigerian Electricity Regulatory Commission to undertake bulk purchase and resale of electricity in the Transitional Electricity Market.

In September, The PUNCH reported that NBET demanded an administrative charge of 0.75 per cent from the Gencos for the payment of gas invoices on their (Gencos) behalf.

Although this was rebuffed by the Gencos, as well as the Bureau of Public Enterprises and was not approved by NERC, NBET insisted on implementing it.

Speaking to journalists on Sunday, Ogaji said, “This singular action by NBET may lead to the shutdown of power supply by Gencos, who have unanimously agreed to call the bluff of NBET.”

She said the Gencos thought that the issue had been nipped in the bud, having written to all relevant stakeholders including NERC.

Ogaji said, “It is clear from recent occurrences that NBET is not deterred. NBET has now reduced its role to blackmailing/threatening Genco investors/chairmen who have refused to concede to its illegal demand of a 0.75 per cent charge on invoices paid to gas suppliers.

“NBET has clearly threatened not to release payments due to Gencos until they accede to its request, urging them to agree for a quid pro quo with the 0.75 per cent administrative charge.”

“No Genco has any outstanding gas payment that is more than what NBET owes the Genco. Put differently, NBET is indirectly charging 0.75 per cent for paying its debt to Gencos.”

According to her, NBET should take it as an assurance that the Gencos had been still for too long and were now ready, able and willing to utilise even higher and stronger contacts in the government to see this issue to fruition.

She said, “We hereby reiterate our position strongly recommending to the government and other key stakeholders that the administration of the Gencos finances reverts to the Market Operator, while NBET focuses on engagements with new entrants or intending power project developers.”

Kindly Share This Story: The federal government said yesterday that it could not continue to…