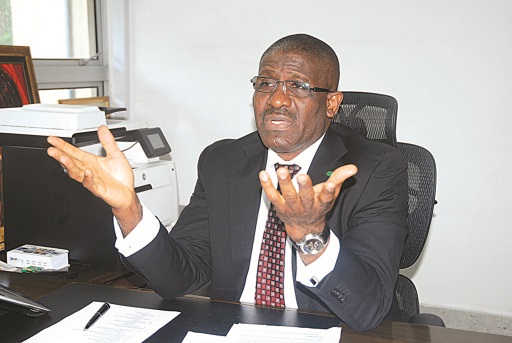 Management of the Bank of Industry (BoI) has posted a 44 per cent in its Profit Before Tax for the financial year ended 31st December, 2016, as it grew to N17 billion from N11.9 billion recorded in the comparable period of 2015.

According to the record presented the Bank’s loans and advances also grew by 10 per cent to N171 billion in 2016, from N156 billion in 2015.
In the same vein, disbursements to Small and Medium Enterprises went up by 42 per cent within the same period to N8 billion, compared with N5.64 billion in 2015.

The quality of BoI’s risk assets as well improved phenomenally with a reduction in the ratio of non-performing loans (NPL) to 3.72 per cent in 2016 from 5.87 per cent in 2015. This feat was achieved in a year when the average ratio of non-performing loans in the nation’s banking industry rose sharply to 14 per cent which is beyond the Central Bank of Nigeria’s (CBN) threshold of 5 per cent.

While commenting on BoI’s outstanding performance 2016, which has been described as the best in the bank’s history despite last year’s economic head winds, the institution’s acting Managing Director and CEO,Waheed Olagunju, attributed it to strong commitment to professionalism and strict adherence to global best practices by the bank’s competent, dedicated as well as passionate management team and staff.

Olagunju added that these achievements also culminated in BoI’s consistently high ratings by international and domestic rating agencies being upgraded and affirmed. While Moody’s assigned BoI Aa1 in 2016 up from Ba3 of 2015, Agusto’s rating of AA- in 2016 was higher than A+ of 2015. AA+ assigned by Fitch in 2015 was affirmed in 2016

Kindly Share This Story: A new dawn has commenced at the Standards Organisation of Nigeria…