Female boxing sensation and multiple national champion, Kate Peters, is set to take her skills to an international level. 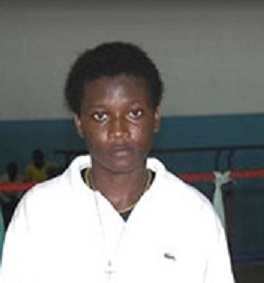 Peters, an indigene of Akwa Ibom who represented Lagos State in the 2017 National Boxing Championships which held in Lagos in February, effortlessly outclassed other boxers in the ring to emerge the winner in the Lightweight category.

“It is time to take my fight to a bigger level and fight foreign boxers,” said Peters who is expected to be called to the national boxing camp.

Her coach, Yinka Adeyeye of the Golden Weapon Boxing Club, Agege, also aligned that the time is right for Kate to tackle bigger challenges.

“Kate showed her superiority over all her opponents at the last competition,” he said.

“She has dominated local fighters in her category and is ready to take on international boxers. She needs all the support and exposure she can get right now.”

This is aside several awards including best overall boxer in the Boxing Hall of Fame.

Kindly Share This Story:As sport activities across the world intensifies after the four-month interruption, many…