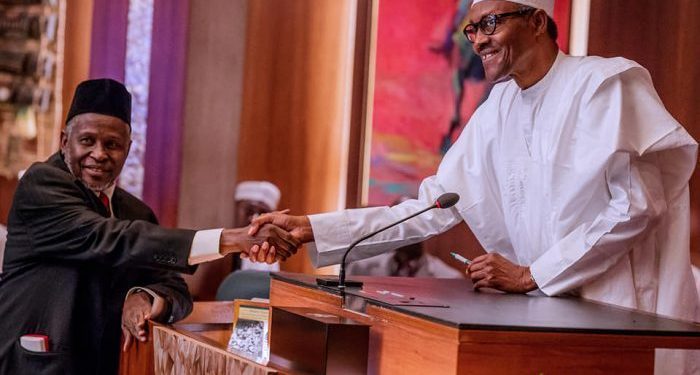 He became the 18th CJN at the brief ceremony.

Muhammad, who took over from the immediate past and suspended CJN, Walter Onnoghen, was screened and cleared by the Senate last week.

He has been on acting capacity since January, 2019.

At the swearing in ceremony were the Vice President Yemi Osinbajo, Speaker of the House, Femi Gbajabiamila, Deputy Senate President, Ovie Omo-Agege.

Others included the Secretary to the Government of the Federation, Boss Mustapha, Chief of Staff, Abba Kyari, and Head of Service, Winifred Oyo-Ita

Olisa: Nigeria is by Default a Divided Nation

Kindly Share This Story:Simply put, the Igbo National Movement (INM) is a movement created to…