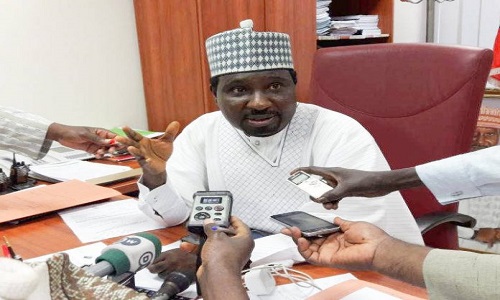 Senator Barau, who gave this indication while answering questions from Senate correspondents in Abuja, said budget defence sessions are meant to be conducted in the open and not secret or closed-door sessions.

He said the committee would not continue with camera sessions except when dealing with security agencies.

Barau said: “Neither the Senate as a body nor the Appropriation Committee, coordinating the entire process, gave such a directive to any committee to hold budget defence sessions  in secret with officials from the executive arm of government.

“I saw the story in the paper today and I’m not happy about it if actually the method was carried out by the affected committees.

“I know that such a trend will not continue from next week because Nigerians, right from the budget defence sessions, are supposed to know what the parliament and the executive are preparing or planning for them.

“The budget being discussed or defended by the affected agencies are, more or less, for Nigerians. The very reason why such assignment should be carried out in the open with attendance of journalists who are to report the details of what transpired at each of the session,” he said.