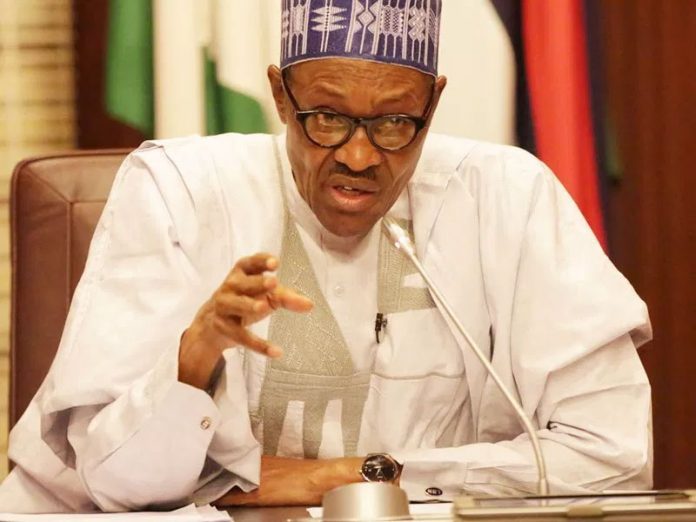 President Muhammadu Buhari yesterday appealed to the people causing mayhem in Kaduna State to learn to live with their neighbours in peace and harmony, without which he said development would be an illusion.

But the Kaduna State Chapter of the Christian Association of Nigeria (CAN), and the Southern Kaduna Peoples Union (SOKAPU), have insisted that there can be no peace without justice, describing the president’s comments as his usual rhetoric, that failed to address the security challenges facing the country.

Speaking at the virtual opening of the Fifth Kaduna Economic and Investment Summit, Buhari urged the people to cooperate with the government and security agencies to pave the way for desired peace and harmony.

The theme of the event was: “KADInvest 5.0, Infrastructure, Industrialisation and Innovation.”
A statement issued by the president’s media adviser, Mr. Femi Adesina, said Buhari submitted that development would only take place when energies are collectively channelled towards building as against the destruction of lives and property.

He commended the government of Kaduna State for positioning itself as one of the investment destinations in Nigeria.

He described the economic initiative as an affirmation of the ranking of the state as number one in Ease of Doing Business by the World Bank’s Doing Business Report 2018 and asked the state to sustain the status.

“We must live together as brothers and sisters because without peace, development cannot take place,’’ the president noted.

The president said he was impressed by Kaduna’s ability to use KADInvest platform to showcase its investment potentials, noting that the state has increased its revenue from N13 billion to N44 billion.

Buhari also observed that the success of state governments in attracting investments, creating jobs and increasing their internally generated revenues would be critical to the development of the entire country.

He said: “I am impressed that the Kaduna State Government has from inception used KADInvest as a serious platform for showcasing its investment potential.

“The state’s commitment to consistent implementation of the Ease of Doing Business Charter is exemplary, including its ability to increase its Internally Generated Revenue to N44bn in 2019 from N13bn in 2015 without hiking tax rates. This is very laudable.’’

He also acknowledged the state’s resolute decision to host this year’s economic summit despite the disruptions of economic activities by COVID-19.

The president recalled how he had commissioned notable companies in the state in the past and various investments.

“It was my pleasure to commission the Olam Hatchery and Feed Mill project in 2017, about 18 months after the ground-breaking was done at the first edition of KADInvest in 2016. It is commendable that investors like Tomato Jos are creating jobs in the agribusiness sector, taking advantage of Kaduna State’s prioritisation of agriculture.

“I also note with delight the success of new investments in renewable energy like Blue Camel and tractor assembly and the revitalisation of poultry farms across the state.

“The ongoing development of iron mining and steel processing capacity in the state through investments by African Natural Resources and Mines Limited is especially commendable,” he said.

He added that much could be done to boost human capital development and expand the frontiers of economic development.

He also said he was confident that Kaduna would explore federal government’s investment platforms such as the Ajaokuta-Kaduna-Kano gas pipeline project.

He sought the state’s cooperation with the federal government on the project as well as the Abuja-Kaduna-Zaria-Kano Highway.

“We believe that much can be done at the sub-national level to drive human capital development and expand economic opportunity. I note with delight the massive investments in infrastructure upgrade Kaduna State is executing through the urban renewal programmes in Kaduna, Kafanchan and Zaria.

“Given the track record since 2015, I have no doubt that the Kaduna State Government and its private sector partners will take full advantage of the economic windows that are being opened by federal government investments such as the Ajaokuta-Kaduna-Kano gas pipeline.

“The state government should afford full cooperation and support to cross-border federal projects such as the Ajaokuta-Kaduna-Kano pipeline and the Abuja-Kaduna-Zaria-Kano Highway,’’ he submitted.

In his address, the Kaduna State Governor, Mallam Nasir el-Rufai, said the state has attracted more than $800 million of local and foreign investments since 2016.

He also said the state had investment announcements of over $2.1 billion in 2020, far ahead of Lagos State and any other state in the country.

“We want to make Kaduna the state of choice for an investment choice. We have been able to facilitate these investments by the creation of a one-stop-shop called the Kaduna Investment Promotion Agency chaired by the deputy governor, with His Royal Highness, the former Emir of Kano, Sanusi Lamido Sanusi, as the Vice-Chairman, and our commissioners as members, to operationalise and ensure the implementation of our Ease of Doing Business Charter,” the governor said.

He recalled that in 2014, Kaduna was ranked by the World Bank as the 24th state, out of 36 states and the FCT, in the Ease of Doing Business metric, noting that “by 2018, we had become number one.”

He said the summit was designed to showcase the progress of Kaduna State and its potentials on an annual basis to attract investors.

No Peace without Justice, CAN, S’Kaduna Leaders Reply President