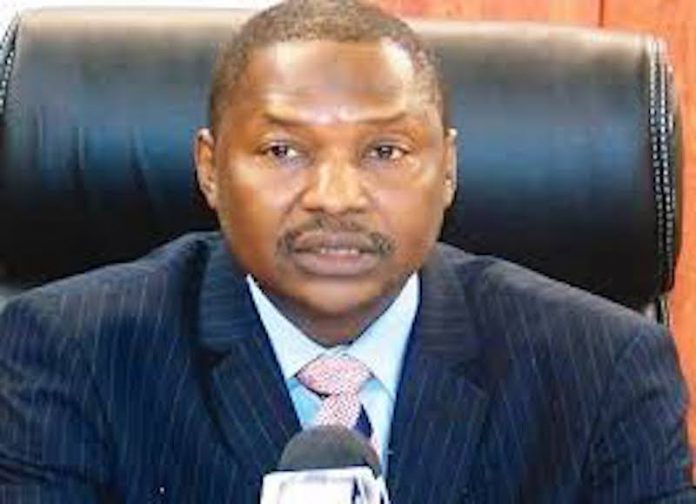 The Attorney General of the Federation (AGF) and Minister of Justice, Abubakar Malami, has said that President Muhammadu Buhari’s administration is open to criticisms, particularly those targeted at providing solutions to existing societal challenges.

Malami while noting that journalists play a vital role in the development of a country, expressed the readiness of the Buhari-led administration to work with journalists towards sustaining the peace, progress and prosperity of Nigeria, adding that as a government they are open to constructive criticism aimed at fostering the development of the country.
He was speaking at the 2021 annual conference of the National Association of Judiciary Correspondents (NAJUC), Abuja chapter.

Malami said: “I must say clearly that this government is not against criticism from the citizenry and stakeholders.
“The government is indeed open to constructive and objective criticisms where appropriate solutions are proffered. This, we consider as an integral part of good governance.”

The minister, who was represented by his media aid, Dr. Umar Gwandu, remarked that achieving good democratic governance is not the sole responsibility of the judiciary but, that of the entire critical stakeholders including the media as the watchdog of the Nigerian public and fourth estate of the realm.

According to him, while the judiciary is expected to look into all issues that may be brought before it for proper adjudication by the aggrieved litigants, the press, on the other hand, is expected to give balanced, unbiased, and untainted reports of activities unfolding in the society.

“I, therefore, wish to urge the media practitioners to refrain from fake news, axe-grinding, and sensationalism as your invaluable contribution to the rule of law and democratic governance for the betterment of the Nigerian public”, he said.

Malami however commended journalists especially those on the judiciary beat for their good reportage noting that “cases of deliberate misrepresentation of information, distortion of facts, outright falsehood and undue sensationalism have been reduced to the lowest minimum.

He said contrary to the belief of some the current administration is not against criticism from the citizenry and stakeholders but “is, indeed, open to constructive and objective criticisms where appropriate solutions are proffered”, adding that the government consider such as an integral part of good governance.

“The government of President Muhammadu Buhari has done everything within the Constitutional provisions to ensure the right to access to information, freedom of expression, and especially freedom of press.

“This can be seen from the disappearance of the incessant harassment, intimidation, molestation, arrests, and prosecution of media practitioners as used to be the practice in the past regime. This fact is attested to by the 2020 report of the Committee to Protect Journalists that Nigeria is no longer on the list of countries with impunity for crimes against journalists. The report maintained that Nigeria is the only country in the globe that get off the index from 2019”, he said.

He, therefore, charged media practitioners to be above board by avoiding partisan politics in their reportage and avoid deliberate falsehood, blackmail, name-calling against the government, its officers and institutions.
In a welcome earlier, Chairman of the Abuja chapter of NAJUC, Mr. Kayode Lawal, decried the continued reduction in the budgetary allocation to the Judiciary.

While stating that the Judiciary as an arm of government is more burdened than the remaining two, Lawal observed that the workload of Judges is so much that they now work both day and night in order to cope with challenges of adjudicating on political issues, especially time-bound political cases.

He, therefore, called for proper funding of the Judiciary to enable it to cope with the enormous challenges, adding that the AGF should use his office in ensuring that adequate attention is given to the budgetary needs of the Judiciary.

Buhari Pledges Diversification through Efficient Use of Oil, Gas Revenues