Kindly Share This Story:
Business owners in Ikosi Magodo, Ikeja, Ketu and other parts of Lagos under the service areas of the Ikeja Electric and the Eko Distribution company have continued to groan as both power distribution companies continue to dish out estimated bills to consumers in spite of not delivering services to them. 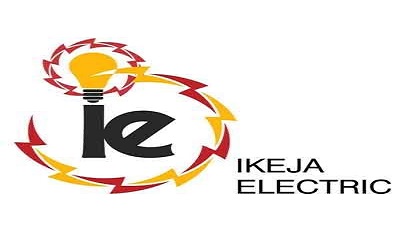 Checks show that even though offices were closed partially in March and throughout April, many businesses which were permanently closed throughout the periods still received electricity bills.
“They brought a bill of N60,000 for the month of April even though we were not in the office throughout that month, no one used power here so what are they billing for,” a business owner operating from the Ikosi Magodo area said on condition of anonymity.

“In May, we received a bill of N70,000 even though we had still not returned, same occurred for June, July and August, when we were all working from home. When we complained, we were asked to contact the marketing manager who later arbitrarily reduced the bill to N40,000 for services not delivered” the entrepreneur said.

In the first week of September, EKDC personnel armed with a ladder and other tools disconnected the affected businesses, even though it was obvious that no service was used by them.

“This is a tapestry of injustice, exploitation and abuse of power,” a consumer familiar with the matter said, one would have expected that the management of both companies would have known and acted better.

EKDC has as its managing Director, Adeoye Fadeyibi. For a man who is said to have twenty years experience in the power sector and worked in General Electric for three years, one would have expected that he would manage EKDC with a high sense of justice.

“How do you pay N60,000 when you were not in the facility to use electricity”, one of the customers asked.

One the other hand, Ikeja Electric has an estimated 7000 customers many of whom have suffered the untold hardship of estimated billing even without service delivery. Attempts to get meters meet with huge bottle neck and unexplainable delays running into years in many cases.
President Muhammadu Buhari directed on August 26, 2020 that there should be a nationwide mass metering programme for electricity consumers in the country. This is an effort by the Federal Government to put an end to estimated and arbitrary billing for electricity. The information was part of a press statement issued by the Nigerian Electricity Regulatory Commission (NERC) on August 26, and signed by is Executive Chairman, James Momoh.

While many customers continue to wait to see the effect of the directive, power distribution companies including EKDC and Ikeja Electric have continued to operate the arbitrary and unscientific billing spree unregulated.
“We need our bill to be dropped to zero in the months we did not open our businesses” an affected businessman said, his anger evident in his voice.