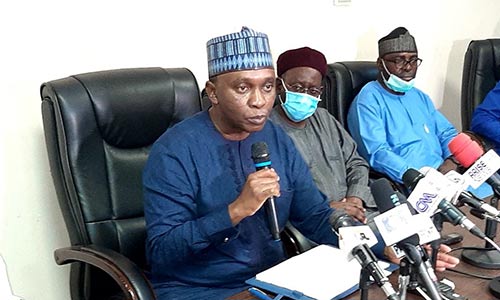 The Corporate Affairs Commission (CAC), has said that it would go ahead and implement the new Companies and Allied Matters Act (CAMA) as soon as it is properly gazetted by the National Assembly, despite the avalanche of criticism from Christian leaders, civil society organisations and non-governmental organisations (NGOs).

The agency said organisations must henceforth subject their finances and expenditures for proper auditing, and copies sent to the agency, adding that this was to ensure they  manage their affairs  properly and in line with extant laws.

But at a Commerce and Industry Correspondents Association of Nigeria (CICAN) retreat held yesterday in Abuja, CAC registrar-general, Alhaji Garba Abubakar, clarified that the law was not deliberately targeted at any organisation as bandied in some quarters.

He also said that any organisation or religious body that is not comfortable with the provisions of the new CAMA law can chose not to register with the CAC.

“The new legal framework applies to all organisations registered with us be it a religious organisation, NGO or CSO,” he said.

Once you submit yourself by accepting to register with the CAC, you are bound to obey all its laws as well.

He said the new CAMA law would restore sanity in the way organisations are run and was patterned after the U.K Charity Act. Leadership