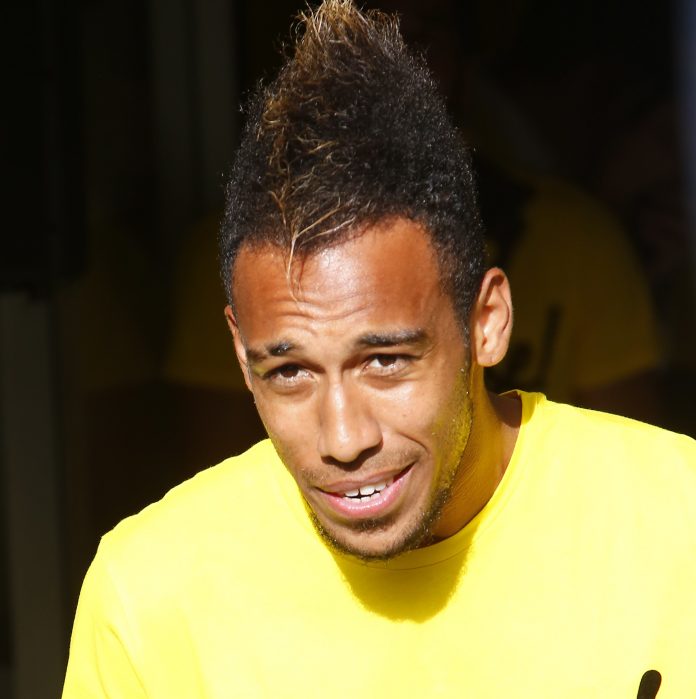 The   award ceremony scheduled for Abuja on January 5 is sponsored by telecommunications  firm Globacom.

Aubameyang, who  won the gong  for 2015,  is favourite to retain the  prestigious award following his impressive run of form in the German Bundesliga this season.

The 27-year-old, who will lead the  Panthers’ challenge for the 2017 Africa Cup of Nations on home soil next month,  has 16 goals to his name to sit atop the Bundesliga’s goalscoring charts.

BBC African Footballer of the Year 2016 award winner Mahrez  has a chance to dethrone  Aubameyang after guiding Leicester to the Premier League title this year.

Although he has not replicated the  goal-creating form which helped the Foxes  become England champions since the beginning of the Premier League  season in August,  Mahrez could sway voters with his English awards,  including the  Professional Footballers’ Association Player of the Year award.

Mane has been a revelation  since arriving at Anfield   from Southampton this summer  for around £30m.

The jet-heeled forward has  scored eight Premier League  goals  as well as providing a series of  assists for his teammates.

The players shortlisted for African Player of the Year (Based in Africa)  are T.P Mazembe’s  Zambia captain  Rainford Kabala as well as Mamelodi Sundowns’   Uganda’s Dennis Onyango  and Zimbabwe’s  Khama Billiat.

CAF said the  list was prepared through a vigorous selection process by the Technical, Football and Media Committees of the body, taking into account the performances of the players for their national teams and clubs from January to November of each year.

The  winner of the  award will be decided by votes from the head coaches or the technical directors of the national associations affiliated to CAF.

Eagles slide to 51 in FIFA rankings