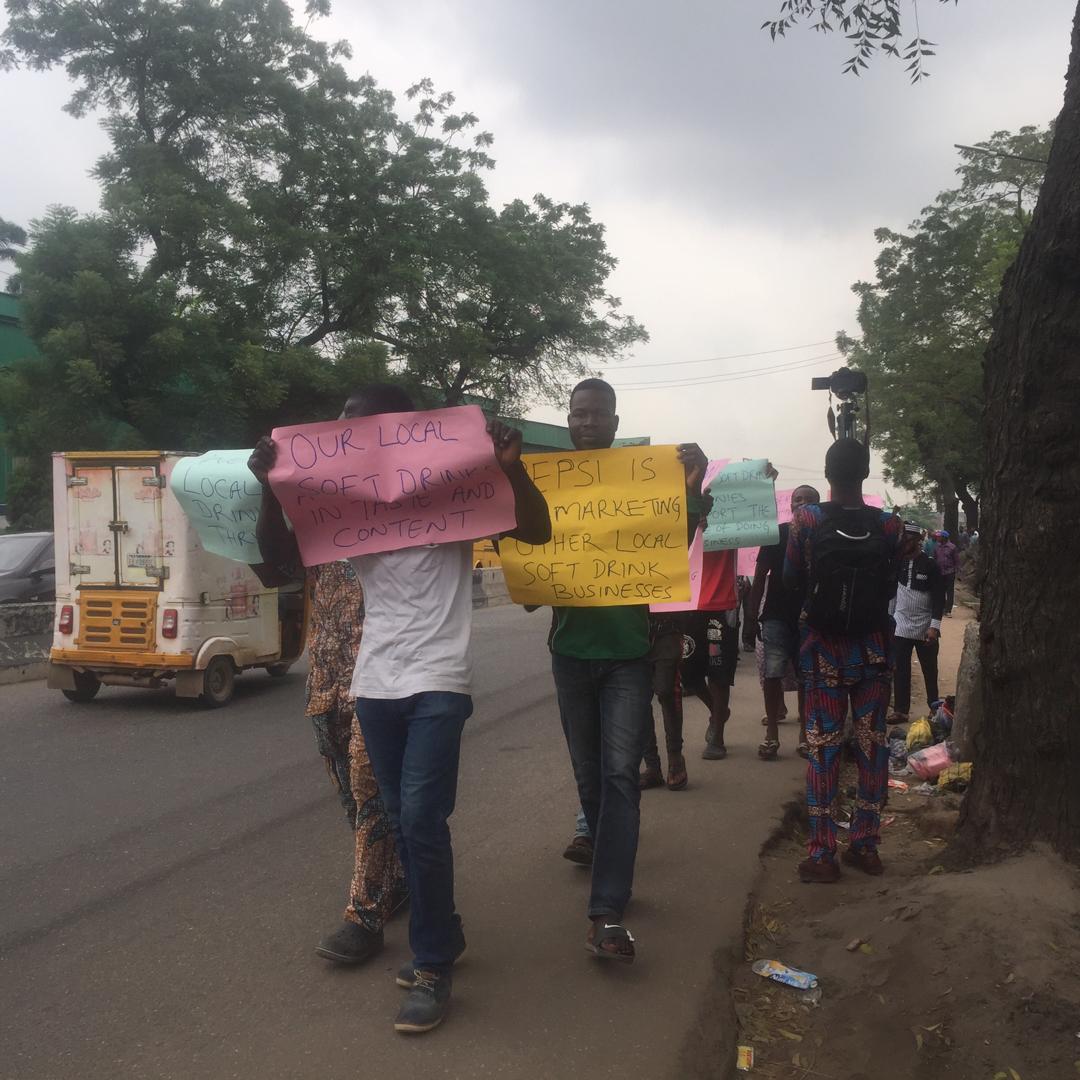 A group under the aegis of CONCERNED NIGERIAN have come out to protest against what they described as hate speech emanating from the MD of PepsiCo Nigeria where he said, “One company will flourish, one will diminish, another will finish. B-brand model of business will either become a temptation for anyone who has a bit money to start own brand in Nigeria, or a curse that ensures no one take such decision again.” 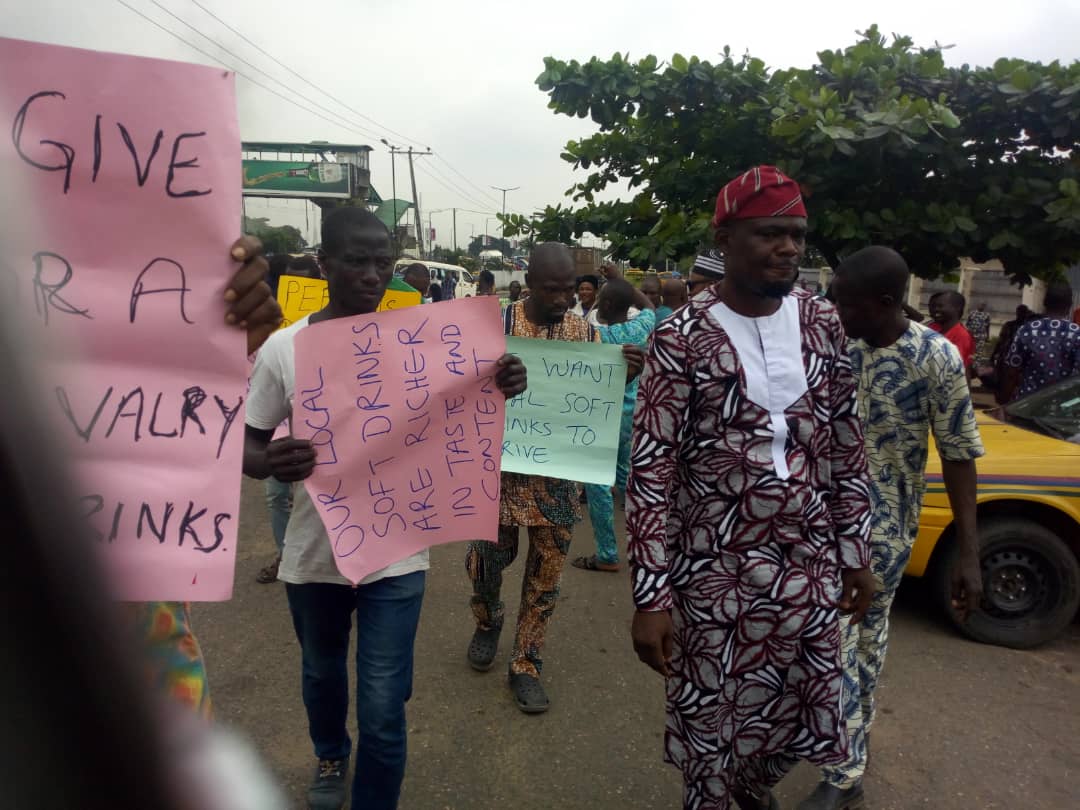 The group said such comment is unacceptable, and every Nigerian must wake up and say to such disdainful comment coming from an MD of Pepsico Nigeria, Ziad Maloofu.

Speaking on behalf of the group yesterday in Lagos, during a protest at Seven Up Bottling Company, Motor Ways Ikeja, the chief stretagist of the group, Olamide Wallington disclosed that, “We are a non-governmental organization under the aegis of CONCERNED NIGERIANS and the essence of this gathering is to stage a peaceful protest against unhealthy competition, and also ask the government to protect local brands against harsh competition in the market.”

“We want the government to come up with a legislation against unhealthy competition. Competition is allowed, but let there be sanity in players’ choice of words,” he added.

While responding to questions on whether the foreign brands pose a threat to indigenous ones, he pointed out that, “They have been here for ages, and no one is questioning their existence, but in a situation where handlers of the foreign brands begin to use hate speech in their competition messages, I think that is totally unacceptable.”

“It is a free market, but we are asking policy makers in Nigeria to come up with a policy that will protect the local brands from unhealthy competition.”
For instance he continued, “The essence of closing the border is to appreciate our own locally made brands. Therefore, government should not allow anything that will amount to hate speech in this market.” 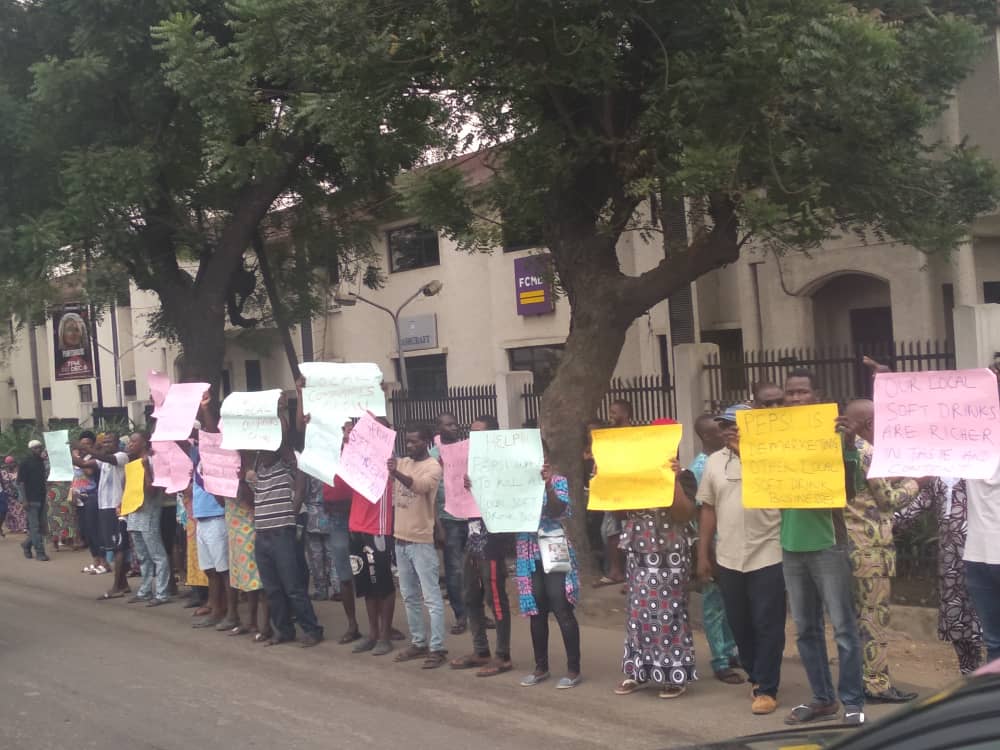 Reacting to what the group intend to do with respect to recent outburst by one of the conglomerate, he said that, “That is why we are here and we want the Pepsi company to know that our locally made soft drinks are of great standard and Nigerians will not fold their arms and watch someone say we are no match in our own market; then the person will have to leave our country for us.”

We intend to make formal report to the government, he stated that, “That is why we are here. We want the Government to know that we are not happy with the recent outburst by Pepsi company. Therefore, the government should swing into action immediately and call the culprit to order.”

When our correspondent approached the representative of the Pepsi company in person of Kalu Nwokoto, who came to witness the protest, he declined comment on the issue.