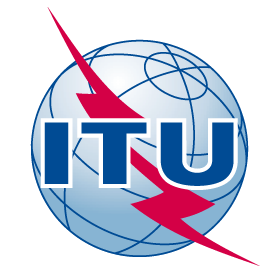 In order to seize the opportunities, reverse downward revenue trends, and connect more customers to more new services worldwide, telcos must evolve much more rapidly. In some cases, they must transform their business models, overhaul operational procedures and redo their human resources training and recruitment policies.

This was the consensus among a group of industry leaders and analysts gathered at the last ITU Telecom World 2017 in Busan, Republic of Korea.

Telecommunications is “the only industries where volumes are growing 40–60% a year, but revenues are shrinking,” said Maikel Wilms, Director of the Boston Consulting Group, Netherlands, in a panel discussion on the transformation of telecom operators: reinventing telcos. He added that there will be some 500 billion euros in industry investment in Western Europe in the coming years. “The return is not there if nothing changes,” said Wilms.

And if telcos think the industry is disrupted now, Wilms predicted that the landscape will soon be some 10 times more fragmented than it is today. This will soon cause telcos to really consider their unique value propositions.

“You need to figure out which assets you can invest in that are relatively unique,” he told the panel and the audience. “Unless you have a pretty good notion of where you’re going to be differentiated, there’s a risk you will not be able to monetize anymore.”

Where is the industry heading?

Many analysts and sector watchers agreed that it is clear that the telecommunications industry is headed towards providing a wider range of services. What is less clear is: which services and for whom?

For instance, Rob van den Dam, Global Telecommunications Industry Leader for the IBM Institute for Business Value at IBM Netherlands said his group interviewed 5000 industry leaders last year to try and find out where the industry is going. It was very clear that there is great angst over “the Uber syndrome” — the fear of competitors coming out of nowhere. Some 75% of telcos were worried about this, he said.

What will be the new sources of revenue? Almost all of those surveyed said IoT (the Internet of Things), said van den Dam. But then when asked the follow-up question about “How does that really work? There was often silence,” he said.

It was reportedly saying that after getting higher efficiency, telcos need to be more agile to go where customer needs are going, says Mohamed Madkour, VP of Global Wireless Network Marketing, Huawei Technologies, China.

“The pie will not be bigger unless we all transform. Everyone needs to be quicker to market,” with new products and services based on shifting user needs, said Madkour.

The three biggest areas of promise for telcos moving forward, said Madkour, are enterprise IT connectivity, video, and IoT.

“We think that startups will be key in our transformation.” — Jean Michel Serre, CEO of Orange Labs in Tokyo, Japan

He stressed the need to get into cloud services and video. “Cloud and connectivity are two sides of the same coin,” he said. “They have to go together.”

But he pointed out two major roadblocks: 1) a conflict between long-term and short-term financial goals, and 2) cultural resistance to change within large telcos.

Others flagged that cultural resistance was a big stumbling block, and shared some insights on how to overcome that.

“The most difficult thing to change is the culture,” said Saiful Hidayat, Director of Telkom Group Transformation Project at Telkom Indonesia, pointing out that it is challenging, but now necessary, for telcos to invest and work with the likes of railroad companies, central banks, and payment businesses.

Jean Michel Serre, CEO of Orange Labs Tokyo, Japan, said that his group is focusing on partnering with different actors in the region to drive innovation within Orange as a legacy telco. Specifically, his group is focused on accelerating startups.

“We think that startups will be key in our transformation. We have started more the 20 startups and aim for 500 by 2020,” said Serre, adding that part of the goal is to change the culture to one of innovation and to inspire employees to take ownership of building new ways of doing business. “We think we have to focus on helping these employees to be actors in this transformation, to change their way of management, to have an open way of coping with the world.”

While most people seemed to agree on the importance of creating a culture of innovation that embraces the changes as opportunities, some pointed out that human resource concerns go beyond culture.

Clearly culture is a challenge, but the biggest challenge we see is the inability to attract the right talent,” says Wilms of Boston Consulting Group. “The talent doesn’t go to the telcos. We will need to attract that talent to be successful in the future.”

How can regulation help?

IoT, Big Data, ‘cloudification’ of services all have great potential to drive innovation and help telcos transform their business models as needed, but where does regulation come in to help or hinder the changes needed in today’s dynamic marketplace?

“The sectors are getting more and more intertwined. The speed of development is so fast that it’s very difficult for regulatory bodies to keep up with it,” said Beate Degen, Partner, EY, Germany

Indeed, with all this disruption, “regulation is vastly outdated in many parts of the world and not fit for purpose,” says Natasha Jackson, Head of Public Policy & Consumer Affairs, GSMA, United Kingdom. “The regulations need to be much more flexible and future-proof.”

“It’s really crucial to develop cross-border policies that work. With the change happening so fast, maybe there’s a need for ITU or someone else to help foster the discussions.” — Danielle Jacobs, Chairman, International Telecommunications Users Group, Netherlands.

Robert Middlehurst, Vice President of International Regulatory Affairs at Etisalat said that “regulators should ask themselves: ‘How do we move from a traditional telco-based law, to one based on provision of services?’”

“As we look toward the next stage of evolution … [software-defined networking] SDN, softwarization, cloudification of services … regulation, which is country-specific, doesn’t allow us to do it,” said Middlehurst. “If I want to provide services in Egypt, but run it out of UAE, I can’t do it.”

Policymakers really need to look at what’s outdated, said Jackson. For operators who are regionally based, not being able to transfer data across borders really hurts their ability to scale. Startups could go global faster if they could share data globally. Governments that are putting these restrictions in are inhibiting growth, said Jackson, who pointed out that GSMA is running capacity building training courses on mobile industry change that are free for policymakers. “Things are changing so fast, we’re having to constantly update them,” she said referring to the courses.