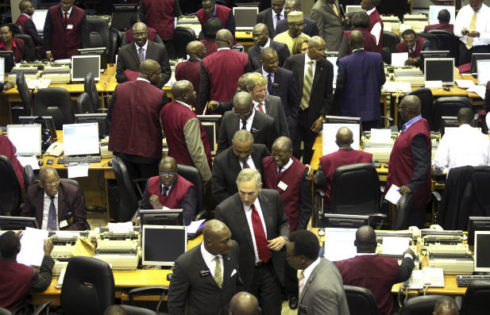 The Nigerian Stock Exchange says a total of N70m was repatriated from capital market fraud to investors in 2018.

He said that the repatriation was done in partnership with the Economic and Financial Crimes Commission.

He said the move was part of efforts to engrain sanity in the capital market, as well as eschew economic and financial crimes.

He stated that the NSE would continue to seek out corporate partnerships  to maintain a fair and orderly market.

The NSE had on October 4, 2013, signed a Memorandum of Understanding with the EFCC to tackle market infractions and abuse.

The partnership had successfully opened direct lines of communication and information sharing with the EFCC for reporting and investigation of incidents, leading to a more proactive law enforcement and swift recovery of stolen securities.

To further protect investors, the NSE had set up the Investors Protectors Fund to compensate claimants for pecuniary losses suffered by them as a result of wrong doing by certain dealing member firms of the Exchange.

The establishment of the IPF is pursuant to Section 197 of the Investment and Securities Act 2007.

The Chief Executive Officer, NSE, Mr Oscar Onyema, who is also a trustee of the IPF, had described the establishment of the IPF as a milestone.

He said the milestone gave him great pleasure as it affirmed the NSE’s commitment to the continuous development of initiatives that would bolster confidence in the capital market.

Ogunbanjo noted that during the year under review, the NSE recorded an eight per cent decline in revenue to N7.8bn on the back of poor performance of the equities market.

He said, “However, we boosted our total assets to N29.07bn, up from N26.69bn in 2017. This provided us with adequate financial flexibility to support our strategy execution for the road ahead.

“We intend to capitalise on milestones achieved thus far, while continuing to execute on our 2018-2021 strategy, which is focused on consumer centricity, market development and innovation.”

Ogunbanjo added that the market was also expected to improve on the back of swift approval and implementation of the 2019 budget.

After about two consecutive weeks of losses, the stock market recorded its first gain at the end of trading on Monday, October 14, 2019.

The equities market closed in the green territory as the All Share Index rose by 0.10 per cent to settle at 26,559.10 basis points on the back of bargain hunting in Dangote Cement Plc, Dangote Flour Mills Plc and UBA Group Plc.

Investors gained N11.5bn as the market capitalisation of equities listed on the floor of the NSE increased from N12.917tn on Friday to N12.928tn on Monday.

Consequently, the year-to-date loss improved to -15.5 per.

Performance across sectors was mixed as two of six sectors recorded gains.

The insurance and industrial goods indices were up 1.8 per cent and 0.2 per cent respectively, on the back of buying-interest in Consolidated Hallmark Insurance Plc, AXA Mansard Insurance Plc and Dangote Cement.

On the flip side, sell-pressures on FBN Holdings Plc, Ecobank Transnational Incorporate and Wema Bank Plc dragged the banking index down by 0.03 per cent.

A total of 11 gainers emerged while eight stocks declined.

Analysts at Afrinvest Securities Limited said they maintained a bearish stance for the market, although the current low prices of stocks presented opportunities for bargain hunting.