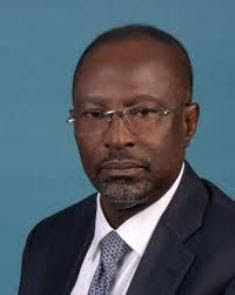 The Managing Director of the Nigeria Airspace Management Agency (NAMA), Captain Fola Akinkuotu has lamented that the radio communication over the Nigerian airspace remain a challenge to pilots and Air Traffic Controllers (ATCs) despite efforts made by the agency to address it.

Akinkuotu stated that part of NAMA’s duty was to provide communication in the airspace but the agency has not achieve that 100 per cent .

According to him, “Radio communication today is not the best. I have spent two years in NAMA and I thought I would have fixed this problem but I haven’t. Effort is being made and we are not going to stop because any air traffic communication that is not crisp clear is a recipe for confusion.”

He continued, “In the South east, a lot of pilots have had to step on each other and ATCs because of poor communication and if you are foreign to the clime, that may make you categorize our airspace as unsafe. I work for NAMA. Part of NAMA’s job is communication but we have not achieved what we set out to do. And so we are asking feedback from the users. We are not afraid of criticism but we enjoin you to make it civil. We beg, we implore, we beseech in the interest of safety to take things seriously and for our pilots to be more patient and understanding with the ATCs.”

On his part, the President, NATCA, Abayomi Agoro said commercial flight operations without communication between the pilot in the cockpit and controllers in the tower, the consequences are better imagined than experienced.

In his words, “The present Controller-Pilot VHF Communication coverage of Nigeria’s airspace is a far cry from the required international standard but it is still work in progress with NAMA. Over the years, it has been quite herculean for Air Traffic Controllers to communicate effectively with pilots.

Speaking further, he said, “At the risk of sounding repetitive, it is important to mention it again that the Control Towers at the following locations: Kaduna, Maiduguri, Ilorin, Yola, Sokoto, Benin, Katsins are in very deplorable state

“The case of Abuja Tower Elevator that suddenly dropped from the topmost floor to the ground is a sore point in Nigeria’s aviation industry. Even more worrisome in the threat of health hazard to ATCs who go through agony climbing 232 flights of stairs on a daily basis.”

Kindly Share This Story: THREE months after the airspace was shut to commercial flights to…

Telcos operators fire back at NCAA: Vows not to Rebuild Any Shut Down Equipment