The Central Bank of Nigeria, CBN, in its report yesterday indicated $356 million was channeled to support importation of raw materials in the month of October which represents 40.9 percent of the total foreign exchange sold during the month estimated at $876 million. 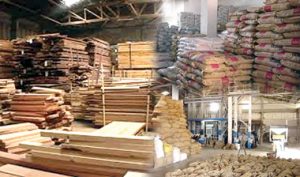 CBN in its data on foreign exchange utilisation for October 2016 which shown that the apex bank received granted access to about 7,792 requests for foreign exchange, valued at over $867 million in contrast to $660m for September 2016 through the inter-bank window to enable them source vital raw materials and spare parts for their respective industries.

Invisibles, comprising of school fees, students’ upkeep and medicals, among others, received $191,335,087.10 or 22.05 per cent of the figure. Commenting on the data, the Acting Director, Corporate Communications Department, CBN, Isaac Okorafor, said the release of the figures underscored the transparency of the bank in Foreign Exchange Management.

Okorafor pointed out that the CBN remained committed to its pledge to ease the foreign exchange pressure on manufacturing and agricultural sectors through forward sales under the new flexible Foreign Exchange regime.

Celestine Ukpong, an investor and analyst pointed out that the real sector which was forgotten in some years has now been favour contesy of meeting with bankers’ committee at CBN office in lagos some time ago.

He however urges real sector operators to demonstrate with honest in the application of the funds to grow the economy and create more jobs.