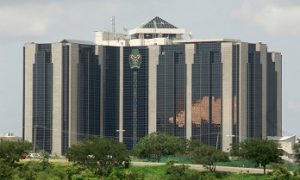 The bank further aims to support small-scale businesses with loans of varying lengths at lower interest rates than currently available as the country contends with its first recession in 25 years.

In the Minister of Finance statement, Mrs Kemi Adeosun, the DBN which set to kick start operations is being positioned to galvanise the Micro Small‎ Medium Enterprises (MSME) for the overall development of the nation’s economy.

Adeosun throw more light into future operations of DBN saying approval for the licence was subject to meeting the minimum capital requirement of N100 billion ($326 million), the reconstitution of the bank’s board and a review of the organisation’s structure.

The development bank has already $1.3 billion as a seed money provided by the World Bank, African Development Bank and German state bank Kfw, the finance ministry said on its Twitter feed.

“The government expects that the influx of additional capital from the DBN will lower borrowing rates and the longer tenure of the loans, will provide the required flexibility in the management of cash flows”, she said.