The Central Bank of Nigeria (CBN) and Keystone Bank, in collaboration with National Association of Sorghum Producers, Processors and Marketers of Nigeria (NASPPAM), Kebbi State chapter, has released wet season sorghum inputs to the 2,361 farmers in the 21 local government areas of the state. 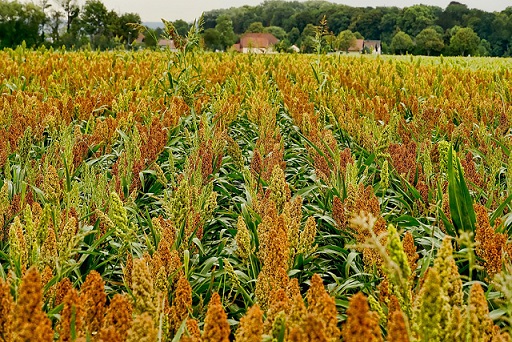 Addressing the beneficiaries, the state acting Permanent Secretary in the Ministry of Agriculture, Mohammed Lawal Sheahu, commended the association for the empowerment, assuring them that the state government was ready to promote agricultural businesses.

According to the report by The Guardian, mr Lawal admonished them to use the inputs accordingly and commended the CBN and Keystone Bank for their support in given out loans to the farmers.

In his remarked, the state chairman of the association, who was represented by the Director in charge of Finance, Bawa Ingila Zauro, said the loan was to support their members in farming and reduce their financial difficulty in agribusinesses.

He explained further that over N100 million loans was secured by the CBN through the Keystone Bank, which the beneficiaries would pay back after the harvest. He also urged them to be committed to the agreements and used the items judiciously.

“We thank our union for supporting their members every year. This is not the first time and we do payback after the harvest,” he added.