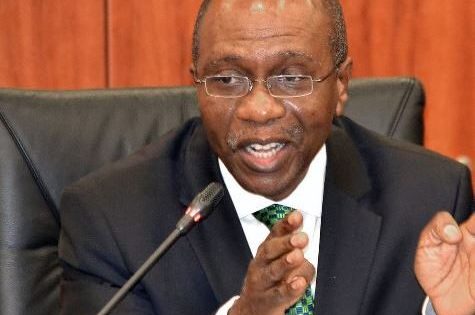 The governor said this during a media briefing on the sidelines of the annual meetings of the World Bank/International Monetary Fund holding in Washington DC.

Emefiele said on Sunday that such a move would discourage the CBN’s financial inclusion drive.

He said, “About five months ago, I held a meeting with some telecom companies as well as the leading banks in Nigeria and the issue of USSD came up.

“At that time, we came to the conclusion that the use of USSD is a sunk cost, which is not an additional cost on the infrastructure of the telecom companies. But the telecoms companies disagreed with us and said it is an additional investment and they needed to impose it.”

The CBN governor added, “I appealed to them that they should review it downwards and they refused. I understand that three or four weeks ago, rather than reduce it, they went ahead to increase it by 300 per cent.

“I opposed it and I have told the banks that we will not allow this to happen; the banks gave this business to the telecoms companies, and I leave the banks and the telecom companies to engage.”

Emefiele said he had instructed the banks to move their business to any telecom company that would be ready to charge the lowest service rate, if not zero cost.

“And that’s where we stand and we must achieve it,” he added.

The Minister of Communications, Dr Isa Pantami, on Sunday, directed the Nigerian Communications Commission to ensure the suspension of the plan by MTN.

The directive followed the announcement by the telco that it would start charging its subscribers for USSD access to banking services on October 21.

A text message sent to its subscribers read, “Yello, please note that from October 21, we will charge N4 per 20 seconds for the USSD access to banking services. Thank you.”

But in a statement issued on Sunday, Pantami said the ministry was unaware of the development, and requested a proper briefing on the matter.

The statement said, “The attention of the Federal Ministry of Communications has been drawn to the viral text message allegedly sent by the mobile network operator MTN Nigeria and other mobile operators notifying subscribers of a N4:00 charge per 20 seconds on the USSD access to banking services from the 21st of October 2019.”

“The office of the Honourable Minister of Communications, Dr Isa Ali Ibrahim Pantami, is unaware of this development and has hereby directed the sector regulator, the Nigerian Communications Commission, to ensure the operator suspends such plans until the minister is fully and properly briefed.”

Naira slumps to 523 against dollar at parallel market

Kindly Share This Story:The naira slumped further to 523/$ at the parallel market on Wednesday,…

BUA failed to embark on build, rehabilitate berth within the terminal for 10 years instead 90 days -NPA MD