Kindly Share This Story:
As coronavirus pandemic second wave has become stronger than the first, Kano Citizens in the diaspora came together through the KanInvest and Diaspora, in partnership with the Links, a UK-based company and the Manufacturers Association of Nigeria (MAN), has secured N10 billion intervention fund from Central Bank of Nigeria (CBN) in its bid to revive industries affected by the COVID-19 pandemic disease in Kano State. 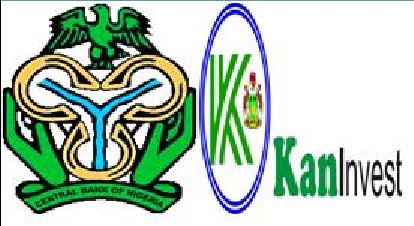 The intervention fund targets at least 50 companies that had been affected by the pandemic under the state’s Turnaround Project.

The Director General of the KanInvest and Diaspora, Ms. Hama Ali Ware, said yesterday during a sensitisation meeting on the Kano State Turnaround Project at Government House that the aim of the programme is to facilitate the revival of the affected companies in order to sustain the prosperity of the state.

Ware also added that the CBN has agreed to support the project with additional funds if the need arises in the future, adding that the agency would interface with the affected companies on one-by-one basis to get information about the problem they are facing and how to support them.

Ware said: “We will sit down and discuss with the companies, one by one, not crowd. Through that way, we will gather information about the problem of a company and see the way to support it.

“The KanInvest and Diaspora, in collaboration with the MAN and the Links decided to come up with this initiative in order to support our affected industries because it is a worrisome situation that industries affected by COVID-19 and other problems are not functioning in Kano, which is known as the commercial nerve centre of northern Nigeria.”

The director general also explained that the agency had produced an expression of interest form for interested companies, announcing that the deadline for the submission of the application is February 25, 2021.

She further explained that the door would be open until at least 50 applications are received and “from then, we will see if they could exhaust the N10 billion or not.”

In his remarks, the President of MAN, Mr. Ahmed Mansur, enjoined the state government and other stakeholders not to relent in their efforts to bring back the lost glory of Kano in terms of industrialisation.

A study, according to Mansur, showed that about 50 percent of industries in Kano are either experiencing declining capacity utilisation or have closed down completely due to COVID-19 and other issues.

He, therefore, called for collaborative efforts that would revive the industries in Kano, noting that it would be an effective way to provide job opportunities for the teeming youths in the state and bring peace and harmony.

On his part, the Governor of Kano State, Dr. Abdullahi Umar Ganduje, expressed delight about the project and stated that his administration had come up with various programmes aimed at boosting small scale industries in the state.

Ganduje pointed out that activities of smugglers and low technological advancement have crippled industries in Kano.