Non-compliance by shipping lines to the directive by the Federal Government that all export goods leaving the country should carry Nigerian Export Proceeds (NXP) numbers was the focus of discussions during a meeting recently convened by the Central Bank of Nigeria. 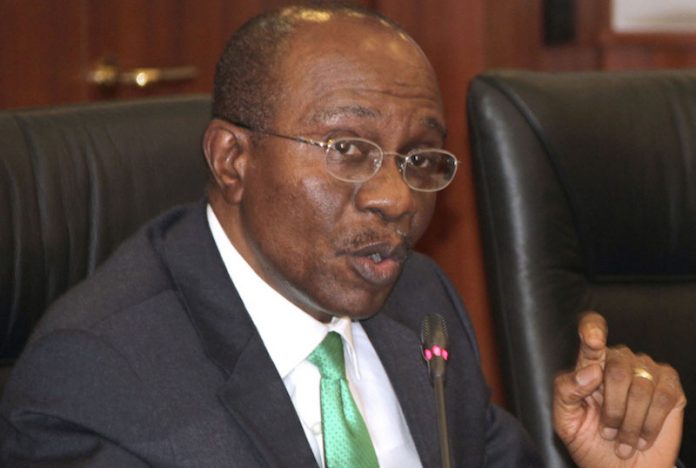 Chairing the virtual meeting, CBN Governor, Mr. Godwin Emefiele, stated that the Apex bank, following a directive by the Federal Government to audit shipping companies to ensure that the all shipping documents carry the NXP number, discovered that several shipping companies were wanting and this non-compliance would attract strict sanctions.

Speaking on the issue, the Executive Secretary/CEO of Nigerian Shippers’ Council (NSC), Mr. Hassan Bello, said Shipper’s Council in partnership with the Central Bank has carried out 3 sensitization meetings in Lagos and Port Harcourt to educate shipping companies and exporters on the need to implement the directive on the NXP.

The ES /CEO added that the NSC would work with other agencies of government to ensure full compliance, so that export without the NXP is discontinued.

Addressing the shipping lines, Mr. Emefiele said “We are going to set up an auto system, where if someone wants to send cargo, copies of the NXP form will be sent directly to you. So that if you don’t have it on line on your system that the NXP has been registered, you turn back that cargo.

You cannot accept any number and use it as a basis for shipping. We are not going to allow that. That is not acceptable. If you don’t see NXP Forms, that cargo should be turned back”.

The virtual meeting which was attended by some representatives of shipping lines in the country was also an opportunity for the Governor to enquire as to why these companies were not complying by the Federal Government directive and some of their challenges regarding the NXP.

Responding, the Managing Director, MSC Nigeria Limited, Andrew Lynch, stated that his company receives NXP forms on all major agro commodities like cashew, cocoa and sesame, but not for commodities like charcoal and timber.

According to him, they find out that these items do not have NXP forms after they have already arrived at the port and once cargo gets to the port and has gotten clearance from the Nigerian Customs Services, there is pressure, due to space constraints at the port, to ship immediately.

He added that one of their challenges also lies in their inability to verify the authenticity of an NXP Form.

The Managing Director, Grimaldi Nigeria Ltd, Ascanio Russo stated that in addition to not being able to verify the authenticity of the NXP Form, his company is unable to access CBN’s online portal.

The Governor said that a circular outlining this procedure would be sent out to shipping lines and relevant agencies like the Nigerian Shippers’ Council, Ministry of Finance, Nigerian Customs Services and security agencies among others.