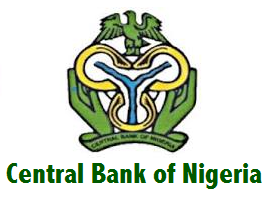 As projected by financial experts that the Monetary Policy Committee (MPC) of the Central Bank of Nigeria (CBN) will keep MPR at current level. Tuesday at Abuja, shortly of the meeting, Godwin-Emefiele, Governor of CBN led the MPC has again left all economic indices unchanged for the seventh consecutive period.

The CBN had retained the Monetary Policy Rate (MPR) at 14 per cent, Cash Reserve Ratios (CRR) for commercial banks at 22.5 per cent, the Liquidity Ratio (LR) at 30 per cent, Asymmetry corridor at +200 and -500 basis point. The committee’s latest decision indicated that the benchmark lending rate that was retained at 14 per cent and all other parameters at their current levels for 12 months’ running.

Addressing reporters at the end of the bi-monthly Meeting, CBN Governor said “forecasts of key macroeconomic indicators point to a fragile economic recovery in the second quarter of the year”.

Emefiele reiterated that Nigeria’s fragile growth stands at risks falling back into recession if strong and bold monetary and fiscal policies are not activated immediately to sustain the drive.

To guard against this, the MPC noted that “the expected fiscal stimulus and non-oil federal receipts, as well as improvements in economy-wide non-oil exports, especially agriculture, manufacturing, services and light industries, all expected to drive the growth impetus for the rest of the year, must be pursued relentlessly.”

The Committee said it “expects that timely implementation of the 2017 Budget, improved management of foreign exchange, as well as security gains across the country, especially, in the Niger Delta and North Eastern axis, should be firmly anchored, to enhance confidence and sustainability of economic recovery”.

The MPC of the CBN also expressed concern over the increasing fiscal deficit estimated at N2.51 trillion in the first half of this year.

Reacting to the government’s proposal to issue sovereign-backed promissory notes of about N3.4 trillion for the settlement of accumulated local debt and contractors arrears, the Committee welcomed the development. While advised the CBN to monitor the proceeds of the promissory notes to avoid an excessive injection of liquidity into the system, thereby offsetting the gains so far achieved in inflation and exchange rate stability.

On why the MPC chose to retain Monetary Policy Rate (MPR) for so long, Emefiele noted that “there is a need for a low interest rate because we know that low interest rate will make it easy for people who want to borrow money to borrow at low rates, we know it will inject liquidity into the system but we are saying that inflation at 18.8% and even today at 16.1% is still considered very high in the light of studies that have been conducted”.

He pointed out that “there are acceptable models for computing the inflation threshold and these models have computed inflation threshold for Nigeria at a range of between 10%-12%; what that means is that when inflation rises above 12%, no matter the action that you take to stimulate growth, it will retard growth.”

Emefiele said the authorities “need to look at how we reverse the trend in inflation and we’re happy that we have done so from 18.8%-16.1% and we are hopeful that it will continue to trend downwards and as this is achieved, we also believe that there is a need to ease rate and also bring interest rate down”.

Defending the decision to retain interest rate at 14%, Emefiele noted that “we’re truly not there yet because of the reasons I have stated but also more importantly because we believe that easing now or reducing interest rate will pull the real interest rate further into the negative territory which is a disincentive to investment”. “Those are some of the fundamental issues,” he added.

A disincentive to investment, he stressed “will hurt our stability that we have so far achieved in the forex market and there is a need for us to ensure that this does not happen”.

“That is the rationale and we would continue as much as possible to continue to provide this explanation. We understand the pain but the actions of the MPC will be reflected in whatever direction that we think is good for Nigeria.”

The Committee is satisfied with the gradual but consistent decline in inflationary pressure in the domestic economy, noting ”its substantial base effect, continuous improvements in the naira exchange rate across all segments of the foreign exchange  market, and considerable signs of improved investments  inflow”.

Emefiele said “the Committee welcomed the move by the fiscal authorities to engage the services of asset-tracing experts to investigate the tax payment status of 150 firms and individuals in an effort to close some of the loopholes in tax collection, towards improving government revenue”.

However, the Committee expressed concern about the slow implementation of the 2017 Budget and called on the authorities to ensure timely implementation, especially, of the capital portion to realise the objectives of the Economic Recovery and Growth Plan (ERGP).

Regarding complaints by banks of liquidity constraints caused by the apex bank’s mop-up activities, Emefiele said he was once there (private sector banking system), adding that “their business is to complain because they’re economic agents that are interested in making profit”. “We, as regulators looking at all the data that confront us, certainly know that we must be alive to our responsibilities and do our work.”

Doing their work, he said “means we must do what we have done to continue to achieve the sliding trend in inflation and stabilise the forex market, that is what we are doing and we will continue to do so”.

On the forex trend the CBN governor the apex bank had “left that now for the market”. “The market will decide. Gone are the days when CBN will be seen to be leaning on somebody as to whatever he thinks is the direction of the market will be,” he said.

However, the CBN, Emefiele said, “remains a player and from time-to-time, given our sensitivities regarding where we think the market will be, we would intervene and that is why you are seeing the level of intervention in the last five months. The intensity of that intervention will continue”.

The Managing Director/CEO, Cowry Asset Management Limited, Johnson Chukwu, who has projected that due to the high inflation rate at 16.1 per cent, the Committee may not be able to make any changes in the economic indices.

Chukwu also stated that the inflation rate target was about 11 per cent, which may not allow them to adopt an accommodating monetary policy.

According to him, the Central bank has been busy mopping up liquidity from the market system through the sales of Treasury bills and sometime through other securities. So, the MPC may not be able to conflict the actions of the CBN by injecting liquidity through an accommodating monetary policy