….. the apex bank’s order had put the cotton growers on their toes in an effort to meet government’s cotton production target—-}

In line with the current administration’s drive to revive the textile sector, mostly to put an end to the $4 billion import bill incurred annually on textile, there are indications that the Central Bank of Nigeria (CBN) has given a marching order to the country’s agric cotton growers to produce 300,000 tons of cotton in 2019 planting season from the current meager 80,000 tons. 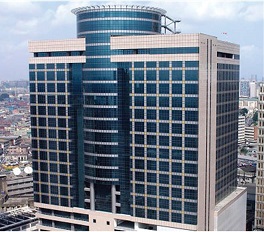 The recent meeting with service chiefs and stakeholders from cotton, textile and garment industries in Abuja, the Governor of Central Bank of Nigeria, Godwin Emefiele, gave the order to the cotton farmers under the aegis of National Cotton Association of Nigeria (NACOTAN).

Emefiele said meeting the 300,000 tons cotton production in this year’s planting season was imperative as it will be key to the country’s textile revival and also reducing the $4 billion import bill incurred annually on textile importation.

According to NACOTAN’s President, Anibe Achimugu’s statement saying that the apex bank’s order had put the cotton growers on their toes in an effort to meet government’s cotton production target and salvage the country’s high import bill spending on textile importation.

Achimugu further explained that the apex bank’s 300,000 tons cotton production target was a tall order at the iniatial stage, but noting that the CBN investment through the Anchor Borrowers’ Programme would spur its members to produce 240,000 tons at minimum and 300,000 tons at maximum in 2019.

According to him, today, the country produces only 80,000 tons of cotton for textile, down from the previous 2.6 million tons produced in the 60s and 70s, but the country is seeking to up production this year by partnering with farmers from 26 states, covering the North East, North Central and the South West, who are aiming to increase output by 1.5 to two ton per hectare, from the current 500 kilograms per hectare produced.

“Currently, Nigeria produces a meager 80,000 tons of cotton annually and we have a marching order to increase production to about 300,000 tons in 2019 planting season.

“We are confident that we will be producing 240,000 tons at minimum and 300,000 tons at maximum through CBN’s Anchor Borrowers’ Programme,” Achimugu stated.

Speaking further, the association’s president noted that each farmer involved in the new partnership was expected to produce two hectares each, meaning that this year, Nigeria will cultivate 200,000 hectares, up from about 50,000 hectares previously cultivated.

The NACOTAN helmsman, however, attributed low quality seeds, rising operating cost of running factories, poor access to finance and smuggling of textile materials as one of the major factors that led to the death of cotton production in Nigeria.

“Nigeria clearly stands out as a virgin market that must be tapped if we are ever serious to create jobs on a mass scale and reduce youth restiveness. Therefore, all hands must be on deck to harness the potential of cotton in the agric sector,” he said.

It will be recalled that the CBN governor had said that the Nigerian cotton, textile and garment sector holds huge potential to create more than two million jobs and reduce $4 billion import bill incurred annually on textile.

Emefiele explained that this was the reason the apex bank is extending part of the N40 billion new round of the anchor borrowers’ programme and that the bank is committed to investing part of the amount in cotton production in line with the current administration’s plan to revive the sector.