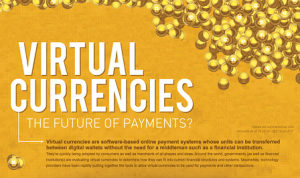 Apparently weighing in on the current desperation by Nigerians to invest in the growing trend of Ponzi schemes, promising mouth-watering profits, the Central Bank of Nigeria (CBN) has warned Nigerians against the use of virtual currencies, including bitcoin, ripples, litecoin.

A statement issued on Tuesday by the CBN monitored on The Cable stated that virtual currencies are largely used in terrorism financing and money laundering, considering the anonymity of virtual transactions.

“The attention of bank and other financial institutions is hereby drawn to the above risks and you are required to take the following actions actions pending substantive regulation or decision by the CBN,” the statement read.

“Ensure that you do not use, hold, trade and/or transact in any way in virtual currencies. Ensure that existing customers that are virtual currency exchangers have effective capital AML/CFT controls that enable them to comply with customer identification, verification and transfer, monitoring requirements.

“Where banks or other financial institutions are not satisfied with the controls put in place by the virtual currency exchanger/customers, the relationship should be discontinued immediately.

“Any suspicious transactions by these customers should immediately be reported to the Nigerian Finance Intellignece Unit (NFIU).”

The apex bank said anyone trading in bitcoin is doing so at his or her own risk.

A virtual currency or virtual money has been defined in 2012 by the European Central Bank as “a type of unregulated, digital money, which is issued and usually controlled by its developers, and used and accepted among the members of a specific virtual community.”
“The CBN reiterates that VCs such as bitcoin, ripples, monero, litecoin, dogecion, onecoin, etc., and similar products are not legal tenders in Nigeria.

“Thus, any bank or institution that transacts in such businesses does so at its own risk.”
Bitcoin was the best performing currency of the year 2016. It has appreciated from four cents in 2010 to over $1,000 in 2017.

The CBN’s warning may have been provoked by an online website, Mavrodi Mondial Moneybox popularly known by its over 2m subscribers as MMM which recently posted a message on its site intimating its customers that it may be adopting the bitcoin in future transactions.

It a statement posted under the heading: MAVRO-50% IS AVAILABLE WHEN YOU PROVIDE HELP IN BITCOIN, the online website hinted that “From now on, there is an opportunity for all of the participants of MMM Nigeria to acquire Mavro-50% when you provide help in Bitcoin.

“Mavro-50% work under the same rules as Mavro-30%. For example, all bonuses are rewarding to them according to the normal procedure. Bitcoin is an international digital currency. Bitcoin transactions take a few seconds and the transaction fee is charged very low ($0.05).

“Bitcoin does not belong to any government, companies or particular persons, which allows you to be independent from the banks and to manage your money as you want. MMM and Bitcoin strives to beat social inequality and to make the world more fair. With the help of Bitcoin MMM participants can provide financial help to each other worldwide,” it concluded.

Respite as Osun gets N80m feeding grant this week