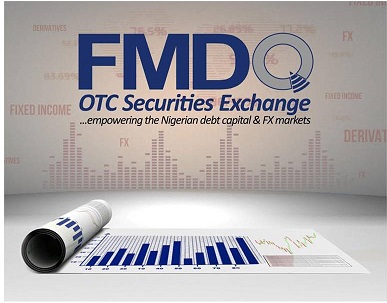 FMDQ OTC Securities Exchange said transactions in the foreign exchange market settled at $7.38billion in April, a decrease of 24.39 per cent or $2.38billion when compared to $9.76 billion recorded in March.

FMDQ OTC in its report said the Central Bank of Nigeria (CBN) sold a total of $2.05billion through various interventions conducted during the period under review.

According to FMDQ, the apex bank also maintained its marginal rate for the Secondary Market Intervention Sales (SMIS) – Wholesale Forwards intervention at $/₦320; and $/₦357 for Small and medium-sized enterprises (SMEs) and Invisibles.

“In the month under review, the Naira remained relatively flat, closing at $/₦305.85 in the inter-bank market and depreciating by ₦2.50 to close at $/₦387.50 in the parallel market, from $/₦385.00 recorded at the beginning of the month