The House of Representatives committee on Ports and Harbours and Waterways , on Wednesday suggested an increase in funds being allocated to maritime agencies to make the Nigerian maritime industry the hub of West and Central Africa. 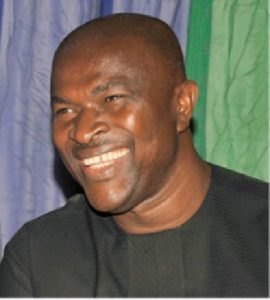 Honourable Dr Patrick Asadu, the Chairman of the committee, made the suggestion during the committee’s oversight visit to the Nigerian Shippers’ Council corporate office in Lagos.

The committee chairman commended the Shippers’ Council after listening to their presentation and going through the Council’s 2016 budget presentation.

Asadu urged the NSC to put in more efforts in some of its operations, as he put it “We are here to offer suggestions where performances had been low because the revenue was not coming as was projected.

“The committee is to ensure that the council generates more money and perform up to expectations.

“We have been informed by the council that those importers from the North East can go to Kaduna or
other parts where the Inland Container Depots (ICD) are located to collect their consignments instead of coming to Lagos port.

“This ICD projects will go through Abia, Oyo, Kaduna, Kano and other places in the country and we want the operators to start functioning to decongest Lagos ports, said co’tted chairman.

“Beyond that, the ICD initiative is to protect the ports and that is why government needs to get the council more money to enable it function in those area mentioned,’’ NAN quotes Asadu as saying.

He, however, urged the council to ensure getting more revenue from conferences and tighten up the methods being used in renting out their properties to enable them to get more revenue for
government.

He said the National Assembly was not blaming the parastatals agencies.

According to the law maker, government needs more money to finance its responsibilities and agencies should look forward to where to get more money for government.

He said that the Nigerian Constitution had stated that the National Assembly had the right to appropriate funds for government enterprises.Asadu said this was why the committee needed
to investigate further on how the funds were being used.

He said the duty of the committee was to ensure that what was approved was applied to the
appropriate quarters.The legislator said the House had adopted a model of visiting the agencies to find out how monies were being spent.

Asadu said the committee would verify the performance of the previous budget before approving 2017 budget to enable members to adjust, criticise and render advice if the need be.

“We promise we are going to look into those areas and improve on them” Bello said.

The executive secretary said the NSC would soon appear before the National Assembly on 2017 budget
anytime it is called upon.

We are no longer comfortable being part of Nigeria – Igbo leaders