The ability of challenger banks in Africa to leapfrog through technology, unencumbered by legacy systems, will cause a banking revolution on the continent that will leave traditional banks with a less forgiving future than what they could hope to expect. 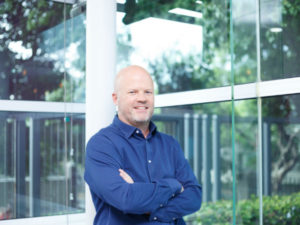 For the longest time, established banks seemed immovable from their perches. Their positions were solid and the cost to take them on remained prohibitive. A rift is, however, emerging among banks in Africa as small specialist challenger banks are set to storm ahead of their larger rivals, producing better returns as they target underserved markets, explains Andries Brink, CEO of Andile Group Holdings.

“Banks increasingly view other banks – rather than non-bank entrants – as their main competitive threat. New challenger banks are now perceived as the leading competition. There is also a growing acceptance that companies providing new financial technology could help banks alleviate competitive pressures, but traditional banks face challenges working with these companies, because their internal procurement process is a major hurdle to successful collaboration,” says Brink.

According to Brink cheaper technology, the shrinking presence of international banks and a population demanding better financial services will cause a rise in African based challenger banks that will take the lead from the continent’s more traditional banks and foreign competitors.

“Many don’t realise that an opportunity has arrived for African challenger banks that could spark a dramatic change in the established order. For several regions, the 2009 financial crisis was a curse that brought heavier regulation to the finance industry. One of the consequences was a refocusing of international banks’ core assets. Due to regulation, they’ve been forced to look at how they allocate capital within their global banking operations.

“As a result of such reallocation of capital, numerous services had to be removed from non-core markets, including Africa. This action expanded the vacuum in an already under-exposed and underserved banking sector in Africa. According to the Global Finder Database a staggering 66% of Sub-Saharan Africans did not have a bank account in 2014,” says Brink.

He says small national markets, lacking minimal financial literacy, poor judicial systems and low-income levels all contributed to this situation. Meanwhile, a fast-growing young population with a taste for technology hints at a vast untapped market. “Traditional banks don’t have the agility to tackle that opportunity and it can often cost them dearly, as seen with Barclays’ exit from the region. But challenger banks have a chance to shine.

“Challenger banks can be more agile. They can focus on specific services, which reduces their regulatory burden, and they have the flexibility to move with small yet active markets. Large international banks are sometimes too big to succeed in nuanced markets. But local challenger banks have the attitude, the grassroots view and the ability to move fast.”

Brink says the technology required to run a bank used to be very expensive, but this is no longer true. “Along with 2009’s tightening regulations, the less expensive technology shifted fortunes in favour of challengers. Systems that used to cost hundreds of millions of dollars can now be acquired for not even tens of millions.

“Since challenger banks don’t have the enormous legacy of established banks, they can leapfrog their competitors without the restrictive technical debt. Mobile systems, true Know Your Customer capabilities and other opportunities wait to be explored. Challenger banks are characterised by their ability to focus more closely on the customer journey. Their access to technology galvanises that advantage.

“Challenger banks are not a fad or a blip. Many are attracting significant investments, motivated by their nimble nature due to lack of technology legacy. This shouldn’t be understated: technology is arguably any financial institution’s biggest expense – even more than staff costs – due to the regulatory complexity that has to be navigated. Any opportunity to cut back on that cost is a massive boon.

Incumbents know this. According to the 2018 Temenos survey, banks cite challenger banks as their top competitive threat. That’s higher than other incumbents and fintech start-ups.

Brink says the technology and experience is available in Africa for challenger banks to make the leap forward. “We have good solutions on offer and have partnered with some of the leading fintechs in the world to tailor the available solutions for our customers in Africa. Recently with cloud and our Financial Markets Fabric, we are able to significantly speed up the rate of change at significant savings to our customers.”

Brink says as the big banks focus their energies elsewhere, an entire continent with a booming population and many unbanked customers and underbanked corporates demands attention.

“This is a huge opportunity, a place where small banks can take the lead and win over customers. The game has changed. The technology is accessible and moving faster than ever. We often hear talk of how financial services are being disrupted by new ideas. This is one of the big ones. Challenger banks, by finding their groove, will spearhead growth in our region by driving trade and trust.”