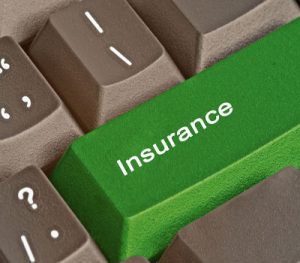 The insurance industry is facing uncertainty going into 2017 in Nigeria and else where with upheaval in the U.S. across the globes, and companies will be have to nimble in order to weather changes in the market.

A new presidential administration and the Brexit vote are two of the major areas causing uncertainty among insurers, analysts said Tuesday during a webinar organized by financial services firm Deloitte L.L.P.

“We have heard everything from a total repeal of Dodd-Frank to there may be some changes to Dodd-Frank. We simply do not know,” he said.

Short of a total repeal, Mills said, legislators may take aim at the Financial Stability Oversight Council, which was established under Dodd-Frank, and the Systemically Important Financial Institutions, or SIFI, designation commonly referred as “too big to fail.”

“This process has been widely criticized by members of Congress for its lack of transparency,” Mr. Mills said. “The industry has been making the case since Dodd-Frank was first debated that insurers are not systemic. It’s an area that has had a lot of consternation.”

Mills noted that under the current system, there is no way to get clear of the SIFI designation, and some Republican legislators have proposed a so-called “exit ramp” from the designation. Republicans have also expressed a great deal of support for the state-based regulatory system.

On the global front, Mills said the International Association of Insurance Supervisors, based in Basel, Switzerland, has been working on a global insurance regulatory framework, but he added that “anything that comes out of the IAIS must then go back to the individual country and go through that legislative executive process to become law.”

Regulatory uncertainty is one of the issues facing the property/casualty insurance sector, according to Deloitte’s webinar materials, along with consumer demand for customization and real-time service, and excess capital puts pressure on revenue and profit growth.

Matt Carrier, a Chicago-based principal at Deloitte, encouraged insurers to explore the market possibilities of the internet of things, such as wearable technology, smart homes and connected cars.

He also said that insurers are currently only covering a small portion of the risk involved with cyber.

“The challenge is,” Carrier said, “that without having historical data, how do evaluate and insure and be comfortable that you’re going to achieve sustainable profitability for the long term versus ending up writing up a bunch of cyber risk and a series of events leads to a very, very material loss to an organization or the industry?”

Kindly Share This Story: Custodian Investment Plc has completed acquisition of the 51 per cent…

Manufacturers Association of Nigeria Solicits for 5% interest rate for manufacturers