The second leg tie of the African Champions League final match will be replayed after the original fixture was abandoned and the match awarded to Tunisian side Esperance. 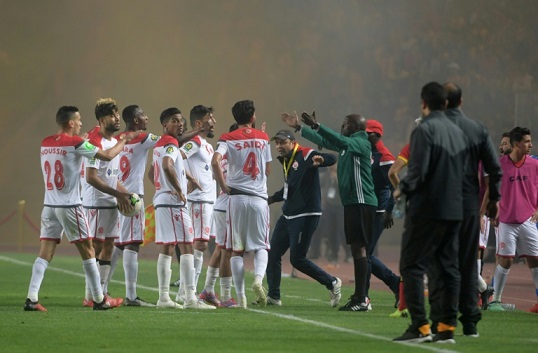 The match was awarded after opponents Wydad Casablanca of Morocco left the pitch following a disputed decision.

The Executive Committee of Confederation of African Football (CAF), meeting in Paris on the fringes of the FIFA Congress, decided on Wednesday to re-stage the match at a neutral ground.

But this is a decision that could spark an immediate legal challenge.

Wydad Casablanca refused to play on after having a 59th-minute effort disallowed in the return leg of the final in Tunis last Friday.
The Video Assistant Referee (VAR) system was not working and after a delay of almost two hours, the match was awarded to home side Esperance.

The Tunisian side were then handed the trophy and winners’ medals.

The first leg match in Casablanca on May 25 had ended 1-1 and Esperance were 1-0 up in the return a week later when Wydad thought they had equalised.

However, the match referee signaled for offside.

This sparked protests which continued for around 90 minutes before the game was eventually called off in scenes that bordered on the farcical.

The problem could not be solved, even when CAF president Ahmad came down to the side of the pitch to try and resolve the matter without success.

No official announcement, or explanation behind the decision, was immediately made by CAF.

However, committee members and the two clubs confirmed the decision.

Esperance are expected to appeal against the ruling, club officials said on Wednesday.

The Moroccan Football Federation, whose president Fouzi Lekjaa is a powerful figure within the CAF executive committee, said that the players had not been informed about the VAR technology being faulty.
Rules set by the game’s lawmakers, the International Football Association Board (IFAB), state otherwise, however.

The rules state that a match cannot be invalidated because of VAR technology malfunctioning or if there is a wrong decision involving VAR.

Any replay would have to be staged after the 2019 Africa Cup of Nations (AFCON) finals, being hosted in Egypt from June 21 to July 19.