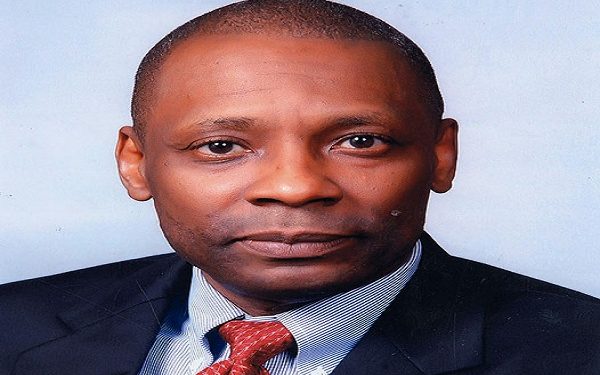 The Federal Government has tapped Mustafa Chike-Obi, the pioneer Managing Director/Chief Executive Officer of the Asset Management Corporation of Nigeria (AMCON) as a Special Envoy.

He has been saddled with the responsibility of resolving the issues surrounding the re-election of Dr. Akinwunmi Adesina, for second term as President of the African Development Bank (AfDB).

It was learnt that the government’s decision to intervene in the matter flowed from its understanding that Dr. Adesina had discharged his duties creditably and that the laudable achievements recorded in his first five years as the bank’s chief executive may suffer a setback if he is denied the chance to consolidate on the gains.

Chike-Obi, a First-Class Mathematics graduate, has vast experience, in addition to being an international investment banker.

He has superior technical knowledge, network of high-level national and international contacts and deep understanding of financial markets and economic trends.

Also, he was a colleague and close associate of the current United States (U.S) Treasury Secretary, Steve Mnuchin, at Goldman Sachs in the late 80s and early 90s.

Mnuchin is the high U.S. official who insisted that the AfDB should sets up an independent panel to review the process that threw up Adesina as the sole candidate in the race for appointment as the bank’s next president, alleging that due process was not strictly adhered to.

As Special Envoy of the Government of the United States, he will move quickly to address all underlying issues delaying the reappointment of Dr. Adesina.

The delay in resolving the imbroglio could threaten the smooth operation of the AfDB at this critical time.

A source told The Nation that Nigeria is determined to pull all necessary diplomatic steps to resolve the issues surrounding Adesina’s sole candidacy and to seek the full support of the Board of the AfDB in the re-election of Dr. Adesina, stating that the Federal Government has implicit confidence that Chike-Obi possesses all it takes to effectively function as its Special Envoy for this purpose.

The source said Chike-Obi is expected to negotiate and come up with a solution that is acceptable to all stakeholders, and bring to an end the impasse.

Adesina’s re-election bid has received the support of former U.S. representative at AfDB, Dr. Mima Nedelcovych, who asked the Donald Trump Administration to back Akinwunmi Adesina . Dr. Nedelcovych served as the U.S. Executive Director at AfDB from 1989 to 1993.

Also on May 29, the first U.S. Executive Director at the bank, Ambassador Harold Doley sent a letter to the Trump administration to back Adesina.

Both men have now said that backing Adesina is in the best interest of the United States.

Dr Nedelcovych said he saw “absolutely no reason why the administration should not wholeheartedly support the re-election of President Akinwumi Adesina for a second term at the helm of the African Development Bank.”

In the letter sent Mnuchin, which was copied to Nialé Kaba, the Chair of the Board of Governors of the African Development Bank, Ambassador Harold Doley said supporting the AfDB is “good business for the United States.”

He said since taking office in 2015, Adesina, “the current and Eighth President of the Bank, the U.S. trained and globally renowned Akinwumi Adesina, rapidly restructured the bank and refined its focus through a High-5 strategy that has directly impacted the lives of millions of Africans.