The Chartered Institute of Bankers of Nigeria, CIBN, restated its commitment to recognize deserving individuals and initiatives in the nation’s banking industry. 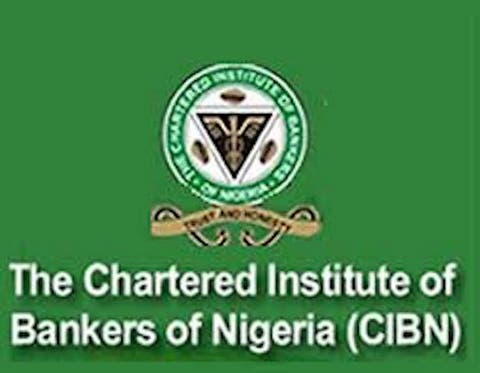 The President and Chairman of Council of the Institute Mr. Bayo Olugbemi said this at the 55th edition of the Annual Bankers Dinner in Lagos.

CIBN as the Umbrella professional body for banks and bankers in Nigeria, takes the issue of discipline and ethics very seriously. The Institute prides itself in the observance and upholding of ethics and professionalism. Section 13 of the CIBN ACT provides for the establishment of 2 statutory committees namely: the CIBN Investigating Panel and the Disciplinary Tribunal. The former focuses on investigating any member who has been alleged to have violated the Code of Conduct in the Nigerian Banking Industry and such a member could thereafter be referred to the Disciplinary Tribunal. The Disciplinary Tribunal has the powers of a High Court, he said.

He added that there is Compulsory Ethics Certification programme as part of Competency Framework for practitioners in the industry on annual basis. The Institute also initiated a Joint Development of Code of Conduct and Business Ethics with Bankers Committee which covers every employee within the banking industry and has been operational for some time now. The Institute also went into strategic collaboration and partnerships with all relevant bodies to deepen Ethics, professionalism and indeed Consumer Protection. All these we do to entrench and promote Ethics and Professionalism in the industry.

According to him the banking industry under the umbrella of the Institute will be recognizing the unparallel efforts of some distinguished individuals and affiliate institutions who have contributed immensely to the growth and sustainability of the financial services industry in the year under review. The categories of awards are the X-factor award which is for an inspirational female banker who has a proven track record of outstanding managerial and leadership quality in the sector and Affiliate of the Year  award is to  recognizes an industry affiliate/agent whose performance has accelerated the industry’s goal of financial inclusion. While the Next Generation award is to identifies distinguished individuals below 30 years of age from each bank who are pivotal to the success recorded by their respective institutions.

Speaking further that fifty-five years ago, the Bankers’ Dinner evolved as an annual event aimed at bringing the banking community together in an informal setting to interact, share ideas and unwind where the Governor of the Central Bank of Nigeria (CBN) gives an insight into the monetary policies of the apex regulatory body both in the present and coming year.

Mr. Olugbemi also commended President Muhammadu Buhari, GCFR, for giving his assent to the amendment BOFIA Act 2020. The Bill which has also made provisions to safeguard the asset quality of banks, reduce non -performing loans and insider dealings. While Section 18 imposes a heavy fine of N10 million or prison term of 3 years on any Director, Manager or Officer of a bank who fails to disclose his interest in any credit facility, Section 20 (1) precludes banks from granting credit facility to any person in excess of twenty per cent of the shareholders fund unimpaired by losses.

The amendment will make the banking and other financial institutions even stronger and more efficient in the long run, he said.

He informed stakeholders at the event that the CIBN under his watch has raised the quality of its programmes and services even during the locked down.

Giving an overview of his stewardship of the institute, he noted that the CIBN had succeeded in elevating its brand visibility, supported the economy and promoted financial inclusion.

The Central Bank of Nigeria Governor ,Mr Godwin Emefiele, who was the special guest of honour lauded the CIBN for its role in furthering professionalism and ethical standards in the nation’s banking industry.

He assured the guests and stakeholders that the Nigerian Economy is expected to emerge from recession by Q1, 2021 while growth for the year is projected to close at 2.01%.

He encouraged the banks to continue to play the intermediation role of supporting the real sector of the economy by addressing key sectors such as the agriculture sector value chain (storage facilities, logistics, technology platforms), Information & Communications Technology (ICT) and Infrastructure financing.

Speaking further he assured the audience that the monetary and fiscal authorities were committed to policies that would build a strong and virile economy.

Highlights of the event was the presentation of awards to the next generation bankers in the country, X-factor award (Female banker breaking the glass ceiling in the industry  and Affiliated of the year(affiliate enhancing the industries goal of financial Inclusin) .

The MD/CEO of Sterling Bank Mr Abubakar Suleiman served as the Chairman of the Central Planning Committee for the event.

The Annual Bankers Dinner had in physical attendance of all Deputy Governors of the Central Bank of Nigeria, Chairmen and MD/CEOs of banks, Past Presidents and Registrars of the Institute, Diplomats, Captains of Industries, Business leaders, and financial analysts.