The Chartered Institute of Bankers of Nigeria (CIBN) has made another giant stride in global banking community as its Past President, Dr Lawrence Olusegun Aina,  was elected the pioneer Chairman, Global Council of the Global Banking Education Standards Board (GBEStB). This achievement is inline with the Institute’s Vision, Mandate and Strategic Plan to be a global reference point for professionalism and ethics in the banking and finance industry. 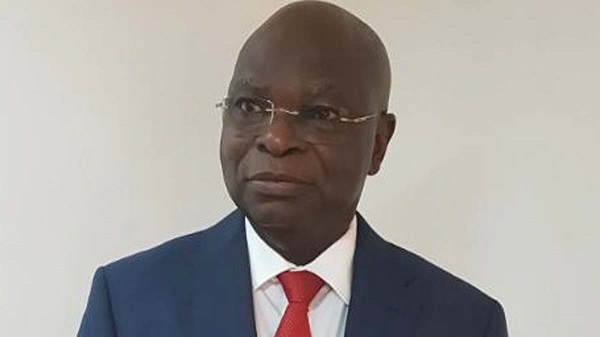 Dr Aina emerged the Chairman after the election conducted at the Joint meeting of the Global Council and Task force of GBEStB coordinated by CIBN National Secretariat which held on Tuesday July 25, 2017.

The GBEStB is a voluntary, industry-led initiative founded with the aims and objectives to develop clear internationally-agreed standards for the education of Professional Bankers worldwide, develop and publish global education standards for banking Institute and similar bodies, promote and disseminate global education standards for banking institutes, and facilitating the sharing of global best practice in banking education between banking institutes regulators and other Stakeholders.  The Board which was inaugurated in April 2017 during the World Conference of Banking Institutes (WCBI) hosted by CIBN is one of the initiatives to build and sustain high ethical and professional standards in the global banking industry and to provide agreed international standards for the professional education and training of bankers.

Dr Aina’s banking career started at the United Bank for Africa Plc before moved to Ecobank Nigeria Plc where he rose to the position of Executive Director and later joined defund Fountain Trust Bank Plc as the Managing Director/Chief Executive where he retired voluntarily in 2004 at the end of his tenure. He was the President/Chairman of Council, CIBN between 2012 and 2014 and contributed immensely to the growth of the banking and Finance Industry in the country during his tenure.

The new GBEStB Chairman is a product of Universities of Lagos and Ibadan where he bagged Bachelor of Science degree in Accounting and Masters of Science in Banking and Finance respectively. Dr Aina holds a number of professional qualifications.

CIBN former president played pioneering and incubation roles in Nigeria’s FinTech ecosystem starting with his visionary role in creating and becoming the founding Chairman of Vatebra Ltd, a leading Nigerian FinTech with outreaches outside of Nigeria. He actively participated to growth of FinTech Nigeria.