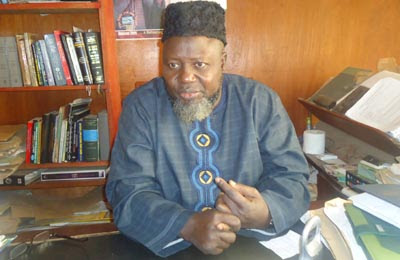 Minister of Communications, Barrister Abdur-Raheem Adebayo Shittu has commended the leadership of the Nigerian Bar Association (NBA) for the giant feat of striving to reform the practice of the legal profession leveraging on Information Communication Technology (ICT).

While welcoming members of the NBA led by its President, A.B.Mahmoud in his office, the minister  was extremely delighted by the resolve of the Association to engage ICT in refining legal practice, saying advocacy and capacity building are veritable means to make Nigerian lawyers more effective and efficient.

Barrister Shittu promised the Association which came to seek his support for the coming 2017 NBA National Conference that he will use his good offices to actualize the objective of the conference by encouraging agencies under the supervision of his ministry such as the Nigerian Communications Commission (NCC) and National Information Technology Development Agency (NITDA) to give logistics support to NBA for the conference.

The minister who promised to attend the conference billed for Lagos between August 18 and 24, 2017, alongside lawyers in the ministry and agencies under him, said he is proud to be one of the 11 versatile lawyers that are current members of the 37 members Federal Executive Council.

The NBA President said the visit was an advocacy one and also to seek support and cooperation for the conference of the minster and agencies under the ministry, stressing that NBA is out to gather necessary support for the success of the conference having contacted the Law Societies of England and South Africa.

This year’s conference, he said focuses on development of institutions of government, considering the various challenges the nation is facing.

Kindly Share This Story:In its strong effort to bridge the talents lacuna in the tech…