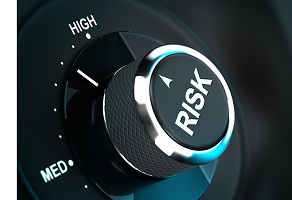 Business interruption continues to be the top corporate concern for the fifth straight year in the annual Allianz Risk Barometer 2017, as executives also worry about cyber incidents, political violence, strikes, terror attacks and other forms of disruption.

Munich-based Allianz Global Corporate & Specialty S.E. said Wednesday that 37% of respondents to its sixth annual survey said they were concerned going into the New Year because of the rise of the internet of things and increasing interconnectivity of machines, companies and their supply chains, which can multiply business interruption losses in case of an incident.

The volatile political landscape, such as the British vote to leave the European Union, the election of Donald Trump to the U.S. presidency and upcoming European Union elections are also fueling fears of increased protectionism and anti-globalization.

“Companies worldwide are bracing for a year of uncertainty,” Chris Fischer Hirs, CEO of Allianz Global Corporate & Specialty, said in a statement. “A range of new risks are emerging beyond the perennial perils of fire and natural catastrophes which require re-thinking of current monitoring and risk management tools.”

The results, based on a survey of 1,237 risk experts from 55 countries during October and November, also found that 31% of the respondents believed market developments and volatility is the second-most important business peril in 2017.

Allianz said this is also the top concern in the aviation-defense, financial services, marine and shipping, and transportation sectors, as well as across the Africa and Middle East region in general. The company advised executives to invest more resources into better monitoring of politics and policymaking around the world in 2017.

The study noted that while digitalization is bringing companies new opportunities, it is also shifting the nature of corporate assets from the mostly physical to the increasingly intangible, increasing cyber risks among other hazards.

Companies worldwide ranked cyber threats as the third biggest concern, while it climbed to the No. 2 spot across the Americas and Europe and to the top risk in Germany, the Netherlands, South Africa and the United Kingdom.

At the same time, Allianz said, cyber threats were the top concern globally for businesses in the information and telecommunications technology and the retail and wholesale sectors.

Allianz warned that the increasing interconnectivity and sophistication of cyber attacks pose a huge direct risk for companies, as well as an indirect threat through exposed critical infrastructures such as information technology, water and power supply. There is also the threat of technical failure or human error, which can lead to widespread business interruption exposures.

“Businesses need to think about data as an asset and then what prevents data from being used,” Volker Muench, AGCS’ global practice group leader for property underwriting, said in the report. “Hacking isn’t the only threat; cyber incidents can also stem from human error or technical failure and these risks need to be identified and managed too.”

Natural catastrophes, and climate change and the increasing volatility of weather also rank high on the agenda of businesses this year, particularly in Asia where the Kumamoto earthquake in Japan, the costliest disaster globally of 2016, occurred.

Natural catastrophes rank as the top concern in Japan and Hong Kong, as well as globally among engineering-construction and power and utilities companies, according to the report.