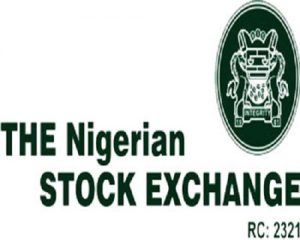 In this interview with Chief Robert Igwe, former Secretary General of Nigeria Shareholders Solidarity Association, NSSA, he spoke about  2016 companies’ results that have been released   so far and how banks made more money in Foreign Exchange, to  boost their profitability, among others.

How do you see the   results that have been released so far on the Nigerian Stock Exchange, NSE?

I think the results are encouraging given the harsh operating environment the companies operated in. It is really tough for companies especially those in the manufacturing sector grappling with high interest rate from banks. Most of these companies cannot afford to borrow money from the banks to boost their businesses because of the outrageous lending rates.

Also compounding their problem is the non availability of infrastructure like power, water, good roads etc.   It is the few resilient manufacturing firms that are still surviving the harsh economy. Some of them have to devise means of going into backward integration as they cannot afford the foreign exchange (forex) to import the needed raw materials for their businesses.   Many Small Scale Enterprises, SMEs and manufacturing companies have close shop because of the unfavourable operating environment.

Why is that banks are turning out impressive result in 2016?

Some of these banks that have released their results did not make their money from foreign exchange market. When the dollar appreciated and naira declined, banks took advantage of it. Those banks that have branches abroad made huge money from forex; some of them are correspondent bank to other banks in the country and even neighbouring African countries.   I don’t think they made much money from their core business because the economy was in bad shape. The recession did not help matter, there was hunger in the land, purchasing power dropped and price of goods skyrocketed.   If you look at Access Bank and Guaranty Trust Bank, their profit went up, not as a result of their core business of lending and deposit but mainly from forex.

In fact, to me, Access Bank did not make impressive result as expected because the bank has reached the stage of paying more dividend than they did. The bank is a new generation bank and has all it takes to pay higher dividend. In the same vein, GTTBANK made N45 billion from forex in the third quarter of 2016, but in the last quarter their result was not impressive. But overall result showed that their profit increased.   However, my question in will this be sustained now that forex   scarcity is gradually easing out following the recent Central Bank of Nigeria,   CBN’s intervention.