The Companies and Allied Matters Act, 2019 (‘CAMA 2019’) was signed into law on August 7, 2020 with implications on the required number of independent directors on the Board. 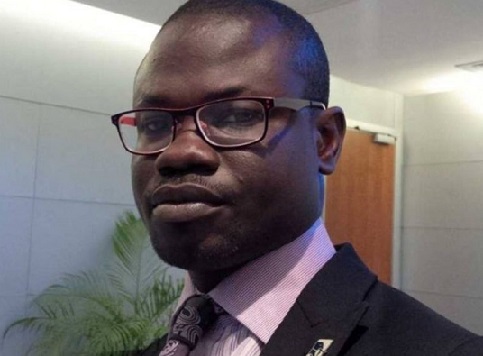 Additionally, reporting on the Nigerian Code of Corporate Governance 2018 (Code) which becomes mandatory effective from the current financial year means that there will be a lot of focus on regulatory compliance arising from the Code and CAMA 2019.

In order to foster objectivity, Principle 7 of the Code requires the Board to comprise INEDs who will hold office for a maximum of three (3) terms of three (3) years each, and provides a non-exhaustive list of factors for measuring independence including; not holding a shareholding of such value with the propensity to impede independence or more than 0.01 per cent of the paid up capital of the company, not being an employee of the company or group within the past five (5) years, not being a close family member of any advisers, directors, senior employees, consultants, auditors, creditors, suppliers, customers or substantial shareholders and not serving on the board for more than nine (9) years. Confusingly, the metrics for measuring an INED’s independence as stated in CAMA 2019 is at variance with that of the code. However, this is not the focus of this piece.

Specifically, Principle 12 of the Code makes provisions for tenure recommendations for the different classes of directors on the Board.

The Code provides that the tenure for the Managing Director/Chief Executive Officer (MD/CEO) and Executive Directors (EDs) should be determined by the Board and that in determining the tenure of an ED, the Board should take into account his performance, the existing succession planning mechanism, continuity of the Board and the need for continuous refreshing of the Board.

Whilst the Code recommends that the tenure for INEDs should not exceed 9 years cumulatively, curiously and notably, the Code adopts loose language on the length of tenure for NEDs. The Code only provides in Principle 12.8 that:

‘NEDs should serve for a reasonable period on the Board. However, it is necessary to reinforce the Board by continually injecting new energy, fresh ideas and perspectives. The Board should ensure theperiodic appointment of new Directors to replace existing NEDs.’

On the face value, this adequately covers all issues arising from tenure requirements for all classes of directors. Not quite.

The likely instinct of anyone reading this piece, is that this should not be an issue especially since, the qualifications to become an INED is much more stringent than that of a NED and should be allowed.

However, this loose language treatment of the NED’s tenure has implications where a Company decides to reclassify an INED as a NED.

As it is, both the CAMA 2019 and the Code do not prohibit or disapprove the reclassification of an INED to a NED. Effectively, this means that where a company decides to go this route, after the expiration of the allowed three terms of three years for the INED, the INED may conclude his tenure as an INED and start his tenure as a NED on a fresh slate. This is made possible as there is no provision in the Code requiring a cooling period for the INED before taking up any further role within the Board.

Indeed, the individual may continue as a NED for donkey years, as long as he is able to maneuver around the Board’s dynamics and survive the Code’s recommended ‘continuous injection of new energy, fresh ideas and perspectives’ for NEDs.

It is considered view that this situation represents a lacuna and cannot be said to be the intendment of the drafters of the Code.

There is a danger of abuse except urgently addressed. One solution may be for the Code to be revised to disapprove the reclassification of INEDs as NEDs. Secondly, a clause maybe included in the Code providing for a cooling period before the INED is able to take up any further role within the Board.

Finally, the Code may be revised to simply include a tenure stipulation for NEDs.

If stipulated to exceed the tenure terms for INEDs, it will be prudent to clearly state that where an INED is to be reclassified as a NED, his already served tenure as an INED will be put into consideration in the calculation of his tenure as a NED. culled from Thisday

Kindly Share This Story:MTN Group has finalised its exit from Jumia, a Pan-African e-commerce platform,…