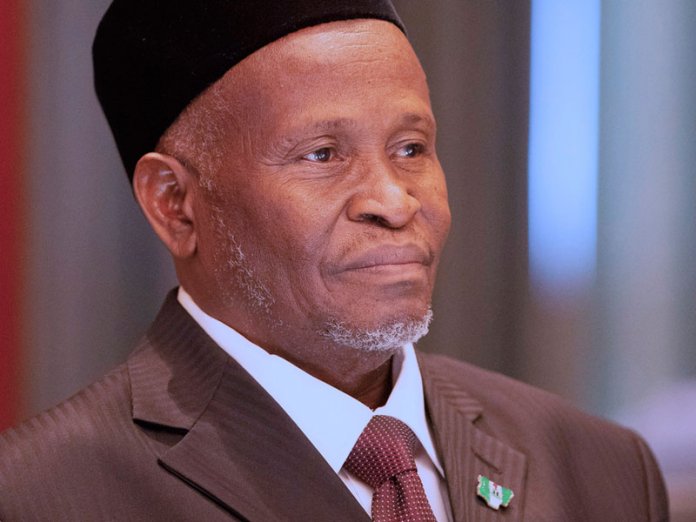 On June 3, 2021, the Chief Justice of Nigeria (CJN), Hon. Justice Ibrahim Tanko Muhammad submitted some proposals to the National Assembly, ostensibly to alter some provisions of the Constitution concerning the Judiciary Arm of Government. The CJN made this submission in the paper he presented as recommendations of the Judiciary on the occasion of the National Public hearing by Senate Committee on review of the 1999 Constitution, held at the Africa Hall of the International Conference Centre, Abuja.

In a 17-page paper titled “Input by the Judiciary to the Proposed Alteration to the 1999 Constitution (as Amended)’’, the CJN’s submission to the Senate Committee contained 45 constitutional amendment proposals on reforms for the Nigerian Judiciary.

Some of the amendments the CJN proposed threw many stakeholders aback, especially on his reasons behind such a radical departure from the norm, and against positions of the Government that be. Let’s take cursory look at some of the proposals once more.

Section 230 of the Constitution the CJN states, should be altered by ‘’(a) substituting paragraph (a) of the existing subsection (2) with a new paragraph (a); ‘’(a) The Chief Justice of Nigeria who shall be the head of the Judiciary of the Federation’’.

The reduction of the Apex Court Bench to 16, is followed by other proposals to reduce the workload of the Supreme Court. For instance, all the appeals to the Apex Court, would be by leave of the Apex Court. This is like creating toll gate to sieve appeals that can be heard by the Apex Court, invariably reducing several spurious appeals usually sponsored by Lawyers seeking to be elevated to the rank of Senior Advocate of Nigeria, and must appear before the Apex Court.

Moreover, several stakeholders have viewed an attempt to appoint more Justices, possibly to make up the Supreme Court Bench to 21, as a drive to turn the Apex Court to Magistrates Court. Whereas, all that the Apex Court requires, is to streamline avalanche of appeals lying before it.

The CJN also asked the National Assembly to alter the Constitution, with the effect that the National Judicial Council (NJC) would fix and review Judges’ salaries every four years.

In item 38 of his submission, the CJN requested Part 1 of the Third Schedule Paragraph 21 to the Constitution be altered to include sub-paragraph ‘h’, to the effect that the NJC should ‘’fix, in conjunction with the Salaries and Wages Commission, Salaries and other emoluments of Judicial Staff; in the case of Judicial Officers, to review such salaries no later than four years from the last exercise’’.

By the dictates of Section 84 (1), the Revenue Mobilisation Allocation and Fiscal Commission (RMAFC) reviewed Judges’ salaries alongside some other public officers through the enactment of, ’’Certain Political, Public and Judicial Office Holders (Salaries and Allowances, etc.) (Amendment) Act, 2008’’ which came into force on February 1, 2007. Since this Act has not been reviewed since 2008, Judges’ salaries have remained the same for about 13 years, with attendant implications. The CJN who now wants to take the bull by the horn; he wants the lawmakers to separate the duty of fixing and reviewing of salaries of both Judges and Staffers in the Judiciary and be done by NJC, following the Salaries and Wages Commission laid down guidelines.

Of course, this is a far reaching instrument, for the Judiciary to take control of its affairs both at the Federal and State levels. Perhaps, this is why he called for the alteration of Section 84 of the Constitution, by deleting the words ‘’other than allowances’’ in line 2 of subsection (3). Ostensibly to protect Judges and the Judiciary Staff, the allowances cannot be altered downwards, once set.

‘’A person shall not be qualified to hold the office of Chief Justice of Nigeria or a Justice of the Supreme Court, unless he is qualified to practice as a legal practitioner in ,Nigeria and has been so qualified for a period of not less than fifteen years’’.

Also, he called for the number of the Court of Appeal Justices the Constitution pegs at 49 under Section 237, to be amended such that they are not less than 100 Justices.

The NJC should collect, control and disburse all monies, capital and recurrent for the Judiciary.

The CJN said the Constitution should be amended, for the NJC Secretary seat to be at par with that of the Clerk of the National Assembly.

The Judiciary is now to exercise control over the Code of Conduct Tribunal, as the Federal Judicial Service Commission is to advice the NJC in nominating persons for appointment as the Chairman and members of the CCT. This is necessary since the CCT is of coordinate jurisdiction with the High Court. Appeals against its decision, should also lie to the Court of Appeal.

No fresh primary in any council, says APC