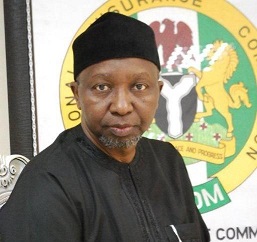 The National Insurance Commission (NAICOM) which announced the new plan few months ago said the firms in the sector will from January be classified into three tiers, based on their ability to capitalise and the functions they perform.

“Insurance companies’ willing to continue to operate in the nation’s underwriting industry has been ordered to be ready to raise their capital base depending on the level they want to play.”

This is in line with the Risk Based Supervision (RBS) model which requires a composite insurance company that intends to be a Tier 1 player to have a minimum capital of N15 billion; A Tier 2 player is required to have a minimum solvency capital of N7.5 billion while a Tier 3 player is expected to have N5 billion minimum capital.
Under life companies class of business, a Tier 3 company will only be allowed to underwrite Individual Life, Health Insurance and Miscellenous Insurance business, Tier 2 Company will underwrite all Tier 3 risks and Group Life Assurance while Tier 1 Company will be allowed to underwrite all Tier 2 risks and Annuity business.
Hitherto, the capitalization of insurance industries, which last took place in 2007, gave Tier 1 firms N5billion capitalization base, Tier 2 N3bilion and Tier 3 N2billion.

Commissioner for Insurance Mohammed Kari announced the new threshold at an emergency meeting with Chief Executives (CEs) of the 57 licensed insurance companies yesterday.

He said no insurance company’s licence will be withdrawn but the new arrangement will be implemented from January 1.

Kari, who was represented by the Director, Supervision, the National Insurance Commission (NAICOM) Barineka Thompson, described the recapitalisation as desirable because while inflation and interest rates had increased in the last 10 years, insurers were still operating with the 2007 capitalization.

He said: “Interest rate has gone from single to double digit, interest rate has increased over time and with many macroeconomic and institutional factors on the upward trends, while the industry still maintains the same capitalisation in the last 10 years.

“So, it is desirable for operators to now choose which tier they want to operate in. Some companies are finding it difficult to fulfill their obligations to their policy holders and shareholders because they are carrying risks above their limits.”

He added that the initiative would enhance profitability of insurers through optimal capitalization, adding that there is no cancellation of licence, but operators will be subjected to solvency control levels.

The commission has slated August 6-10 for awareness session with board members and key management staff of insurance companies. The transition guideline will be released on August 3. Issuance of notification letter on assessed capital level will be between August 13 and 17 and submission of board’s decision by operators to NAICOM will be not later than September 14.

According to NAICOM, the industry unanimously agreed for a desirable recapitalisation at the Insurers’ Committee retreat in February in Abeokuta.

The last regulatory recapitalisation of insurance companies was carried out in February 2007.

Reacting to the announcement, some stakeholders in the insurance sector are of the opinion that the policy making some businesses exclusive to companies in tier-1 will promote a few companies at the expense of other competitors.

A statement by the company noted that Hassan-Odukale, who is also the Chairman of the Sub-Committee on Publicity and Communication of the industry’s Insurers’ Committee, believes the introduction of the solvency requirement will help to restructure the market.

He said with the restructuring, insurers do not have to be compelled to increase capital to underwrite risks that stress their capital without delivering commensurate returns to capital providers/shareholders.

The managing director said the classification would foster the emergence of players with capacity to become retail specialists or become specialist underwriters of big-ticket risks in critical sectors of the economy, such as the aviation and oil & gas, whilst accelerating the growth of the industry and its contributions to the Gross Domestic Product (GDP) of the country.

He also expressed confidence in the initiative stating: “The news of NAICOM’s introduction of TBMSR is a positive one. I am confident that it is an initiative with potential upside for the industry to grow and take its rightful position as a formidable contributor to our national economic activities, growth and development as it is in developed economies.

“It is high time we moved beyond the 0.3 per cent contribution to GDP and improve our ranking within the comity of African insurers (heavily dominated by South Africa) as measured by the African Insurance Barometer. Overall, we should expect an improvement in the capacity and reputation of the industry on the back of unwavering market discipline, improved claims settlement, stronger local retention, increased prudence and promotion of appropriate pricing.”

On the same tier cap policy, Chairman of Mutual Benefits Assurance Plc, Akin Ogunbiyi saw negative side and he told Vanguard that the development will create behemoths in the industry.

Ogunbiyi cited instance saying “Today in Nigeria, government, at all levels, pays the biggest premium whenever it decides to insure its assets.

The Nigerian National Petroleum Corporation, NNPC, account, for instance, automatically makes whichever company gets the business the number one in the industry. So, making it exclusive to companies in tier-1 of NAICOM’S TBMSC will definitely promote the growth of a few practitioners.

We would thereby, by default, create behemoths. “Unhealthy competition, unethical way of doing business, popularly called rate-cutting, inadequate technical know-how, and lack of insurance penetration; are big road-blocks in the way of development and growth of the industry. So, how will a policy of exclusion solve these problems?”

Ogunbiyi added that the development could be counter-productive, anti-growth and disruptive.

Also speaking on the issue, Managing Director of Stanbic IBTC Insurance Brokers, Mr. Anselem Igbo, said that the TBMSC policy is the right way to go, but the time given for the needed transformation is too short.

Igbo stated: “The TBMSC policy is the right way to go. However, the regulator should have given enough time for the companies to meet up with the requirements.”

He said the new regulation will encourage insurance companies to work together to increase their financial strength and capabilities and be able to absorb more risks.

He said, “It will also reduce the number of weak players and we will be able to retain more risk in Nigeria. I want to let you know that the regulator did not increase capital base. The minimum capital for general insurance still stands at N3billion and N2billion for life insurance. But the new RB capital model supervision is to ensure that operators cover those Risk that their financial strength can cover.”

Management of FBNInsurance Group said the announcement last week by the insurance regulator, the National Insurance Commission (NAICOM) of a new risk based capital requirement for insurance companies in Nigeria, is the best thing to have happened to the market at this time tagged ‘Tier-based capitalisation, best for insurance industry at this time’

In the same vein: Executive secretary, Nigerian Council of Registered Insurance Brokers (NCRIB), Fatai Adegbenro, also told LEADERSHIP that the recapitalisation is a welcome development as underwriters would now have their area of specialisation instead of writing all risks as it were before now.

The brokers, he said, will approach insurers based on the risk business they have, stating that, where a broker need to place an oil and Gas business or aviation business, he knows he has to approach a Tier 1 companies.

Believing this will bring sanity into the insurance landscape, he pointed out that “as brokers, you now know that if you have a business that fits into Tier 1 category, you take it to Tier 1 insurers. You do same for Tier 2 and Tier 3. It makes the industry organized and healthy.”

A shareholder who wants to be anonymous said that though there is a serious need for some insurers to inject fresh capital, the new recapitalisation model does not favour the Tier 3 insurers as the insuring public might stigmatise them as illiquid underwriters.

In another event, Dr. Akin Ogunbiyi, Chairman, Mutual Benefits Assurance Plc has warned that the recent Tier-Based Minimum Solvency Capital (TBMSC) policy recently introduced by the National Insurance Commission (NAICOM) poses serious risk to the growth and stability of the insurance industry in Nigeria as he tagged it ‘Tier-Based Capitalisation Poses Threat to Insurance Sector’

Ogunbiyi, who chaired the 5th Anniversary of Business TODAY magazine in Lagos, wondered why a Tier-1 composite insurance company in Nigeria should require a solvency capital of N15 billion ($42million) when the average capital requirement in the African insurance market is only $10 million.

He said the new capital policy would be counter-productive, anti-growth and disruptive.

He warned that the immediate implementation of the Tier-based rating would lead to:

Crisis of confidence for the entire insurance industry where only about 7 of the 29 companies qualify under the new standard.

There will be significant job loss among others

“Is it only capitalisation that can drive insurance development in Nigeria giving the experience of other African insurance markets? What has been the contributions and performance of the industry since the 2007 recapitalisation exercise? What level of returns (Return on Equity/Return on Investment) have accrued to the investors and shareholders of the industry ever since? Who are the target investors expected to shore up the new capital call even if there was time?”

The Mutual Benefits Assurance Chairman said he also found interesting recent comments and rather overly simplistic deductions that if the top three banks in our country have capital in excess of N300 billion each, then the three top insurers with between N14 billion and N25 billion each, is a sign of under-performance by the entire industry and its failure to most assuredly complete the Nigerian financial industry loop.

“Today in Nigeria, government (at all levels) pays the biggest premium whenever it decides to insure its assets. The NNPC account, for instance automatically makes whichever company gets the business the number one in the industry. So, making it exclusive to companies in Tier-1 of NAICOM’S TBMSC will definitely promote the growth of a few practitioners. We would thereby by default create behemoths.

Unhealthy competition, unethical way of doing business, popularly called rate-cutting, inadequate technical knowhow, and lack of insurance penetration; are big road-blocks in the way of development and growth of the industry. So, how will a policy of exclusion solve these problems?

He made reference to the pension industry which was the traditional business of insurance before the Pension Reform Act of 2004, thereby pushing pension assets to over N7 trillion through technical capacity, good governance and best practices as against the figure of N70 billion for the several decades it operated under the insurance industry.

“I believe today’s shrinking profit pool and the overall performance of our industry can only be checkmated by innovation, technical capacity, healthy competition, adoption best practices, governance structure and creating “blue oceans of untapped new markets.”