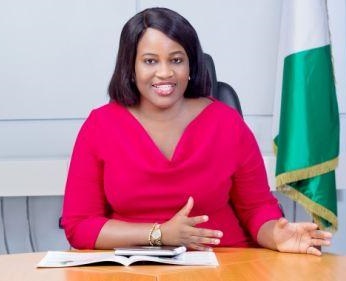 The Director General of the Commission, Mrs. Chinelo Anohu-Amazu

There is controversy over the alleged raiding of the National Pension Commission (PenCom) corporate headquarters in Abuja late Friday by the State Security Services (SSS), with senior management staff of the commission, who spoke with THISDAY in confidence, describing the raid as uncalled for.

The presidency recently announced the removal of the Director General of the Commission, Mrs. Chinelo Anohu-Amazu, along with other commissioners.

Security operatives on Friday frisked personnel of the PenCom as they were exiting the commission’s headquarters in Abuja. The development came on a day Anohu-Amazu and the Commissioners of the agency received letters formally disengaging them from service.

A source at the commission said the workers were visibly irked by the  security measures, which they felt were uncalled for. The measures were said to be aimed at ensuring that no official document was taken away. But some of the staff were said to have held the view that it may have been instigated by powerful people on whose toes she might have stepped on due to her uncompromising attitude on matters of transparency and due process.

It was gathered that upon hearing the news of her sack over the radio, she had requested from the office of the Secretary to the Government of the Federation, a formal letter to that effect. The letter was however not received until Friday. A source said the former PenCom DG was in her office on until Friday evening.

But a senior SSS operative said last night that the agency did not conduct any raid on PenCom office.

“What we did was to put a standby team at the office to prevent anybody from tampering or altering any document unlawfully or without due process”, the secret security agent stated.

But debunking the secret security agency last night a senior management staff of PenCom told THISDAY that SSS acted illegally as there was no need for its action.

“You recalled the Presidency recently announced through the media that the Director-General and commissioners in the commission were removed. And they did not get official letters to that effect”, the source in PenCom stated.

“So, apparently in order to avoid being accused of negligence of duties, the sacked DG and the commissioners came to office last Friday; and they were there until they received their letters; and by 5pm – official closing hour, they left.

“But apparently acting on information from some vested interest that the sacked DG and her commissioners were still in the office, the SSS agents invaded the office few minutes after they left. It is idiotic for anybody or agency to think that vital documents were being tampered with; there was nothing like that,” the PenCom source added.

Anohu-Amazu was a member of Pension Reform Committee of 2004 that introduced Contributory Pension Scheme in Nigeria. She served as the pioneer Secretary/Legal Adviser of the Pension Commission, before becoming the Director General in December 2014.

Her tenure as DG recorded a geometric rise in pension assets which stood at N2.4 trillion in 2014 and was N6.5 trillion at the time of her exit from the commission last week.