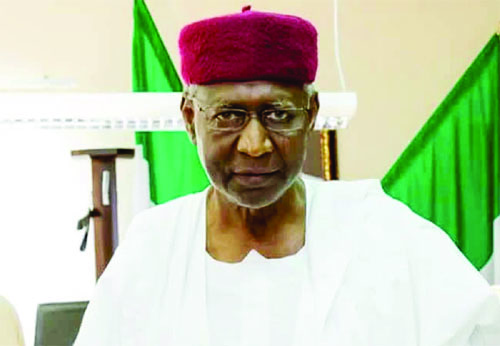 COVID-19 has struck at the Presidential Villa in Abuja and in the Bauchi State Government House.

Chief of Staff to the President Mallam Abba Kyari has tested positive to the virus, it was learnt yesterday.

President Muhammadu Buhari, who volunteered to be tested, following Kyari’s result, returned negative, it was gathered.

Vice President Yemi Osinbajo, who received members of the Economic Advisory Council (EAC), along with Mallam Kyari on March 17, has sent himself into self-isolation in line with “protocols,” his Senior Special Assistant on Media and Publicity, Laolu Akande, said yesterday.

The media aide said Osinbajo was observing “social distancing” and self-isolating in line with the Nigeria Centre for Disease Control (NCDC) requirements.

In a tweet via his verified handle @akandeoj, Akande writes: “VP Osinbajo yesterday (Monday) at the office conducted his meetings via video conferencing while observing social distancing.

“Today, he continues his work from the home office, as he is in self-isolation in accordance with NCDC protocols.”

Senior Special Assistant on Media and Publicity to the President, Mallam Garba Shehu, yesterday tweeted that he was “pleased” with his health status.

It followed reports that he may have had contact with Kyari.

Shehu tweeted via his verified handle @GarShehu: “Allah is the giver of health. I am pleased with my current health endowment. Alhamdu Lillah!”

Kyari travelled to Germany via Egypt on March 7. Executive Chairman of Nigerian Electricity Regulatory Commission, Prof James Momoh and  Minister of Power Sale Mamman accompanied him  on the trip.

On March 9, Saleh tweeted: “The Chief of Staff to the President, Mallam Abba Kyari and I are in Munich right now meeting with executive members of @Siemens to discuss issues relating to the Nigerian power sector. The Nigerian Ambassador to Germany H.E @YusufTuggar has joined us for this meeting.”

On March 14, Kyari attended the wedding of Hassan, son of Inspector-General of Police (IGP) Mohammed Adamu.

The wedding between Hassan and his bride Summayya Goje took place in Abuja.

Kyari was in Kogi State on March 17 after he returned from Germany, where he met with officials of Siemens to discuss power sector issues.

He went to Kogi to commiserate with Governor Yahaya Bello over his mother’s death. 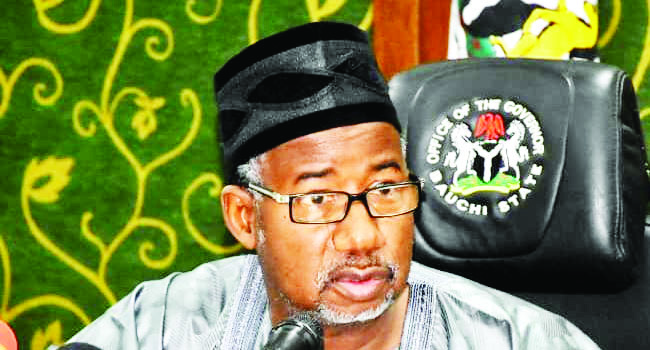 Besides Shehu, Minister of Special Duties and Inter-governmental Affairs George Akume was also in Kogi to commiserate with Bello.

According to statistics, Germany has 29,056 infections and 123 deaths while Egypt has recorded 14 fatalities from 327 cases.

It was gathered that Kyari had developed severe cough, one of the symptoms of the COVID-19 which he exhibited during a meeting on containing the COVID-19 pandemic in Nigeria on Sunday.

The Chief of Staff was said to have voluntarily submitted himself for test  and was informed of his status on Monday. His status  prompted President Buhari to undergo screening for the virus.

The latest development came hours after a leaked memo showed Kyari complaining to the President of the Senate Ahmad Lawan and the Speaker of the House of Representatives, Femi Gbajabiamila that members of the National Assembly who  returned from foreign trips were shunning tests.

Sources  close to Kyari  said he was last sighted around the State House on Friday. He was   not  seen   on Monday and  yesterday in his office.

But a  Presidential source, who confirmed Kyari’s COVID-19  status, said all persons suspected to have been exposed to Kyari were advised to self-isolate.

He  added that the advice might be responsible for why many people who were expected to be at work  in  his office on Monday and Tuesday were unavailable.

Many members of staff of  offices in the Presidential Villa, including that of  Vice-President Osinbajo, who also had contact with Kyari, were also absent.

Another report said three workers in Kyari’s office might have also tested positive to coronavirus.

Amid the worries in the Villa,  members of the Presidential Task Force (PTF) on COVID-19 pandemic, led by   the Secretary to the Government of the Federation, Mr Boss Mustapha, visited the wing housing the office of the Chief of Staff in the State House yesterday.

When approached  by reporters on their way out,  Mustapha simply said, “We  will brief you  later.”

The Federal Government declined to confirm the health status of the Chief of Staff.

Information Minister Lai Mohammed, did not, however, deny that Mr Kyari had tested positive when he was asked by reporters.

“We don’t mention names in carrying out this responsibility. It’s a global practice so you don’t expect us to mention any name to you,” he told reporters at the State House.

Minister of Health Osagie Ehanire yesterday inexplicably failed to address the daily media briefing on the latest development around the virus.

Mohammed was part of the Presidential Task Force on Coronavirus that inspected Mr Kyari’s office.

The task force members arrived at the Villa around 2:15 p.m.

Mustapha and other members of the task force, comprising ministers and health experts, spent about 10 minutes at the office.

There was heightened  tension   in Bauchi State where samples of additional  15 persons who had direct  contact with   Governor Mohammed were    taken to Abuja for evaluation.

Mohammed in a tweet yesterday said: “As you may all know, I just tested positive for Coronavirus.

“I am in good health and showing no symptoms. I urge everyone to stay calm and not panic. We will overcome. #GreaterBauchi.”

His  Senior Special Assistant   on Media, Mukhtar Gidado, said in a statement that   ‘’of  the seven initial tests carried out(on the governor and six  other persons), one sample was confirmed positive for  COVID-19.”

He explained that the positive result  was that of  Governor Mohammed whom he said was in good health.

Gidado  added:  ‘’ At this point , it should be noted that the governor is in self-isolation as his doctors and officials from the Nigeria Centre for Disease Control have taken full charge of his quarantine’’

Gidado said the governor advised anyone who   came in contact with him to go for   test to avoid further spread of the virus.

The governor went into self-isolation following contact with Mohammed, son of former Vice-President Atiku Abubakar, who earlier tested positive for  the virus.

Also,   the Commissioner for Health, Dr.Aliyu Maigoro,   said samples of about 15  additional  contacts had  been taken  to Abuja for   evaluation  apart from the initial seven  that were part of the governor’s entourage to Lagos who tested negative.

He said: “All the contacts of the governor are also advised to go on self-isolation , we have taken samples of about 15 people , who are primary contacts, to Abuja for further  evaluation  apart from the initial seven that were in his entourage to Lagos.”I want to assure the people of Bauchi that there is no cause for alarm, the governor is doing very fine’’

The state government ordered civil servants on grade  levels one  to 12 to  work from home.

The governor’s wife reportedly tested negative. However, the governor at the weekend performed two major assignments which was attended by many people.

Governor Mohammed opened a low cost housing project and met with traditional rulers to decide on how best to prevent Lassa Fever which has been ravaging the state.