The Lagos State Ministry of Health has confirmed three new cases of COVID-19 pandemic on Monday.

“The first case is a Ukrainian who arrived in Nigeria on March 15 via a vessel. 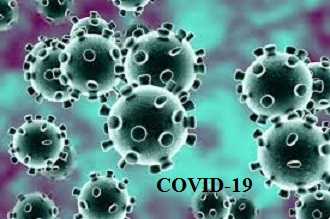 “The second case is a United Kingdom-based Nigerian, who arrived in the country in March via BA75.

Also on Monday, the gates of the corporate head office of the Nigerian Shippers’ Council was locked as the agency’s management ordered all  staff to stay at home. The directive was contained in a memo that was sent to all staff.

The memo titled “Suspension of work and partial closure of offices,” directed that all staff are to work from home except those on essential services (Medical, Complaints Handling, and General Services).

On its part, the Nigerian Ports Authourity (NPA) has barred visitors from its Marina head office.

Meanwhile, the Federal Government on Monday said Nigeria had   40 coronavirus cases and one death caused by the disease.

The Minister of Health, Dr Osagie Ehanire,  had earlier at a press conference in Abuja on Monday said the country had 36.

But at 11pm on Monday, the National Centre for Disease Control on its twitter handle said the cases had increased to 40.

The centre stated, “Four new cases of #COVID19 have been confirmed in Nigeria. Three are in Lagos State and one in the  FCT (Federal Capital Territory). Two of these cases are returning travellers

“As of 11:00pm on March 23, there are 40 confirmed cases of #COVID19 in Nigeria. Two have been discharged with one death recorded.”

The NCDC announced the new cases just as the Federal Government ordered complete closure of land borders to human traffic and postponed the Federal Executive Council and the Council of State meetings indefinitely.

The Federal Government also advised Lagos and Abuja residents to stay at home to prevent the spread of the disease.

Giving an update on COVID-19 cases, Ehinare said the Federal Government would publish names of people who refused to go into self-isolation after returning to Nigeria from countries with high burden of coronavirus.

He said Nigeria could be heading the way of China and Italy, which had recorded high number of coronavirus cases and deaths. The health minister said some people who had been infected were hiding.

Nigeria recorded its first coronavirus case on February 27 when an Italian was diagnosed with the disease, but the Federal Government then rejected advice that it should ban flights from high-risk countries.

The government on Thursday banned flights from 13 high-risk countries when the cases increased to 18.

The cases rose to 31 on Sunday with the disease spreading to Ogun, Lagos, Oyo and Ekiti states, as well the Federal Capital Territory.

·         FG to publish names of returnees who ignore self-isolation

On Monday,  Ehanire said although the country had not enforced isolation, it would take any step to ensure that those who were returning to Nigeria from high risk nations did not infect others.

He said some of the returnees had been hiding while also pleading with them to take the right approach.

He said, “We have not come to forced isolation, but we have had occasion to go after those who came from abroad and have not registered their presence and have not gone into self-isolation. We will publish their names until they volunteer themselves and be put under investigation.

According to the minister, part of the measures being considered is to recall retired medical doctors and nurses to help in the fight against the virus, saying that state governments have been notified of the step.

The minister said the five laboratories being used for testing of samples were adequate, noting that more would be added if the need arose.

He noted, “A ban was placed on all international flights effective from March 23, 2020 with the exception of emergency and essential flights. These were not easy decisions to make but they became necessary in view of the changing development in our country as we witness more and more confirmed cases coming from outside the country.

“I urge all Nigerian residents to take self-isolation and social distancing seriously in order to prevent the spread of this disease in our country. Social distancing reduces the risk of someone who you do not that may have been infected from infecting someone else. Ensure you maintain five feet between yourself and anyone who is coughing or sneezing.”

He said however that nations with sophisticated medical system were finding it difficult to contain the virus.

“The behaviour and pattern of the illness are becoming clearer and countries are adjusting to what the disease looks like,” he stated.

The minister said government hoped that the disease would not get to the grassroots, adding,  “if it does, we are prepared for that eventuality. We have received money and placed orders. We are expecting some deliveries. We have countries that have offered to support us.”

He added that government was taking an inventory of respirators in public hospitals.  “We are talking to private facilities to know the number they have in their stores. Those that are not functioning are being repaired,” the minister stated.

He said five laboratories in Nigeria could test for coronavirus. “We have an offer for a new machine that will be placed in a strategic location,” he added.

Ehanire said that 179 persons had contact with the Italian who brought the first case of coronavirus to Nigeria.

The minister said although new cases being recorded were Nigerians who were returning from countries with high burden of the virus, Nigeria could head the way of China and Italy if those who had contracted the virus already were not fished out and treated.

He said, “In less than 48 hours, the Italian who came to Nigeria (index case) was identified. The contacts we found for him were 179. They were all traced and monitored. Out of the 179, one was positive and put in isolation with the Italian. Both were cured and discharged.

“If other cases had not come to Nigeria, that would have been the end of COVID-19 in Nigeria,   but other cases came that were not part of the first one. That is why we are saying that you do not compare what we have now with what they have in China or Italy. If we do not act fast, we could be heading in something dangerous like that (in China and Italy). They now transmit, among themselves

“We have to get those who have been infected now. If we don’t, it may be a serious burden in the system. I am sure some are hiding, they will not report for whatever reason. Nobody will be arrested or asked to pay anything. Those who are returning now are Nigerians. With the closure of our airports, we will reduce inflow of new cases and deal with the ones we already have.”

The  Presidential Task Force for the Control of COVID-19  at a press conference on Monday evening, said the President, Major General Muhammadu Buhari (retd.),  had ordered the immediate closure of all land borders for the next four weeks with immediate effect.

The Chairman of the task force and Secretary to the Government of the Federation, Boss Mustapha, said  Buhari  after a further review of the coronavirus situation, also approved the “suspension of the weekly Federal Executive Council meetings until further notice.”

He said the President also approved the “postponement of the meeting of the Council of State scheduled for Thursday March 26, 2020.”

“All land borders that have been hitherto under partial closure shall now be closed to human traffic for four weeks effective, 23rd March, 2020.

In order to protect federal civil and public servants, Mustapha said a circular would be issued by the Head of Civil Service of the Federation, Dr Folasade Yemi-Esan, to direct on actions to be taken immediately.

He added,  “All Abuja and Lagos residents are strongly advised to stay at home,  avoid mass congregation of any kind as well as non-essential outings, until further advice is given.”

The Minister of Aviation, Hadi Sirika, said only cargo aircraft, or those on essential duties, emergency, in distress or stopping for refuelling would be allowed to land in Nigeria at the international airports.

The Minister of Health, at the press conference, said further investigations had been launched into the index case in Ekiti State where an American reportedly died of suspected case of coronavirus.

He said results confirmed that the American tested negative with his female caregiver while the driver that conveyed them to Ekiti was positive. “The driver could have contracted it from another place but investigation is ongoing,” he said.

·         Bauchi  Gov goes into isolation after contact with Atiku’s son

There was fear in Bauchi State as the governor, Bala Mohammed, went into self-isolation following contact with a son of former Vice-President  Atiku Abubakar.

The governor, who returned to the state on Friday evening after an official visit to Lagos, , laid the foundation of  2,500 housing units on Saturday at Dungal Village, along the Bauchi-Jos Road.

The Senior Special Assistant to the governor on Media, Mukhtar Gidado, in a statement on Monday,  said  Mohammed who recently returned from an official trip to Lagos met with Atiku’s son in the Aero Contractors aircraft where they shook hands.

Atiku, had on Sunday night said his son had tested positive for the virus.

Mohammed’s media aide, Gidado,  said, “This is to inform the general public that His Excellency, Senator  Bala Mohammed, the Executive Governor of Bauchi State has gone into self-isolation.

“This development is sequel to the report from the Nigeria Centre for Disease Control that the son of former Vice President of Nigeria, Mohammed Atiku Abubakar, was tested positive for the coronavirus upon his return from an international trip through Lagos.

“Recall that Governor Bala Mohammed, who also recently returned from an official trip in Lagos, met with Mohammed Atiku Abubakar in an Aero Contractors aircraft, where they shook hands and exchanged pleasantries.”

The media aide said so far the governor had not shown any symptom of the disease, but based on the recommendation of the NCDC, he would remain in isolation to avoid the risk of spreading the disease.

“Currently, the blood sample of the governor has been taken and is undergoing clinical test.  The governor and his entourage will remain in isolation pending the outcome of the clinical result,” he stated.

Coronavirus: Nigeria may be heading the way of China, Italy, FG warns