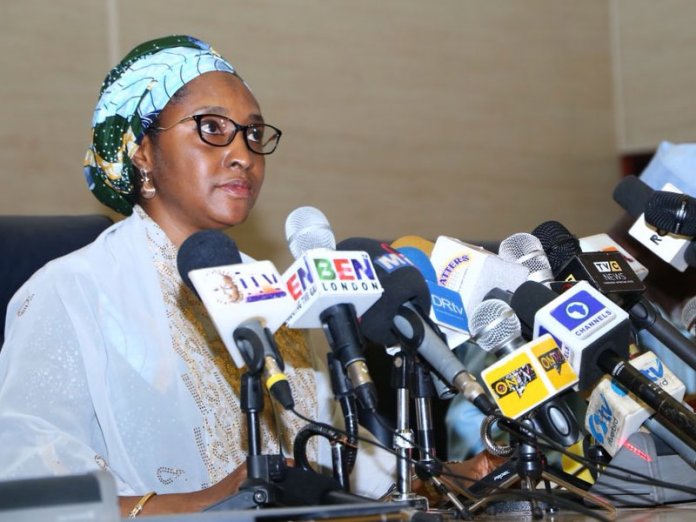 The federal government has approved N6.45 billion for the establishment of gas plants in 38 locations nationwide in a bid to enhance the treatment of COVID-19 patients who need oxygen.

This is just as the nation’s excess crude account balance now stands at $72,411,197.80
This was made known yesterday by the Minister of Finance, Budget and National Planning, Mrs. Zainab Ahmed at the first National Economic Council (NEC) meeting in 2021 presided over by Vice President Yemi Osinbajo with state governors, Federal Capital Territory (FCT) Minister, Central Bank of Nigeria (CBN) Governor and other top government officials in attendance.

The Media Assistant to the Vice President, Mr. Laolu Akande in a statement issued last night, said the finance minister while briefing the NEC on the release of the funds, stated that President Muhammadu Buhari approved the release of the funds for the production of oxygen, necessitated by the increased number of patients who need oxygen due to the surge in COVID-19 infections in the country.

Also at the meeting, the Health Minister, Dr. Osagie Ehanire informed the council that sequel to President Buhari’s decision to activate the Basic Healthcare Provision Fund based on the National Health Act, N55.1billion was approved in 2018 and that 50 per cent of the sum has since been released to the States and the FCT.

Besides, the federal government has also allocated N35billion for 2021 for the Fund.
It would be recalled that the Basic Health Care Provision Fund (BHCPF) was established under Section 11 of the National Health Act (NHA Act), as the principal funding vehicle for the Basic Minimum Package of Health Services (BMPHS).

The Fund serves to increase the fiscal space and overall financing to the health sector to assist Nigeria achieve Universal Health Coverage (UHC). Funding of the BHCPF would be derived from contributions including — an annual grant from the Federal Government of Nigeria of not less than one per cent (one per cent) of its Consolidated Revenue Fund (CRF) — grants by international donor partners; and funds from any other source.

The Council also received an update from the Vice President who is the Chairman of Council’s Ad-Hoc Committee on Public Engagements regarding the fallouts of the EndSars protests of last year.
In the update, the NEC engagements will focus mainly on wealth creation, social safety nets and employment; education, digital economy and sports development; creative industry and hospitality; security, and governance.