Mobil Producing Nigeria, an ExxonMobil affiliate, has donated two ambulances, 20 other vehicles and medical supplies to various state governments and the NCDC to assist in the country’s fight against the COVID-19 pandemic. 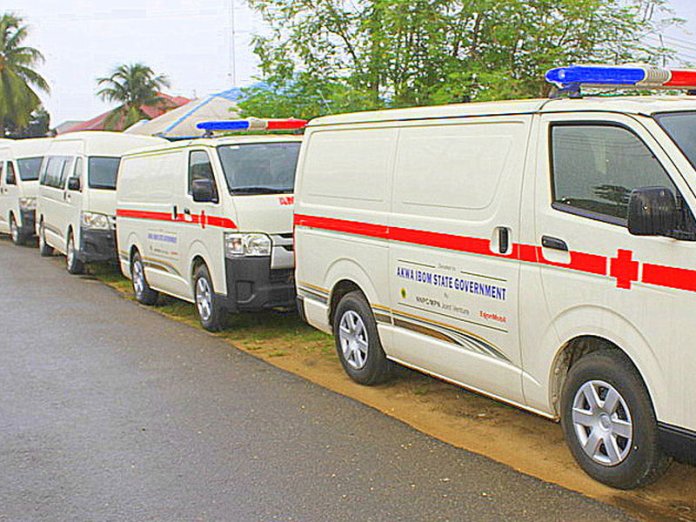 This was disclosed in a media release it issued weekend. Among items donated are: ambulances, buses, SUVs and sedans to support state efforts alongside two states and NCDC to receive test kits and hospital beds.

According to the Chairman and Managing Director of ExxonMobil Companies in Nigeria, Paul McGrath, the Akwa-Ibom State Government is receiving two ambulances for emergency cases and 15 other vehicles.

READ ALSO THIS: ExxonMobil In Foot Dragging To support Akwa-Ibom over COVID-19

He also listed that Rivers State is receiving five vehicles, medical supplies, including WHO certified COVID-19 test kits, sample collection kits. “Hospital beds valued at more than N90 million will be distributed to the Nigeria Centre for Disease Control, as well as Akwa Ibom and Rivers states”.

“We are actively working with our partner, the Nigeria National Petroleum Corporation and other stakeholders on ways to assist in halting the spread of the virus,” he noted.

McGrath, however, added that the NNPC/MPN JV’s efforts were being guided by government agencies’ advice with regard to specific requirements and determining the areas of greatest need.

“Supporting Nigeria’s fight against COVID-19 requires a broad, collective effort that should follow the guidelines established by the NCDC as well as the state and federal governments.”

Accordingly, ExxonMobil’s donations are part of an oil and gas industry effort coordinated by the NNPC to provide medical supplies, deploy additional equipment and to support medical infrastructure and in-patient treatment.

In the same vein it was report that the Akwa Ibom State Government has rejected 10 vehicles donated to it for contact tracing in the face of the COVID- 19 pandemic barely 48 hours after it accepted the oil giant’s gesture.

The items worth millions were received by the Secretary to the State Government (SSG) Dr. Emmanuel Ekuwem amid commendation.

However, 48 hours after, the State Government rejected the 10 vehicles donated by ExxonMobil describing them as ‘used and worn-out’.

The action was preceded the call by the federal lawmaker representing Eket/Esit Eket/Onna/Ibeno constituency for the vehicles to be rejected on the ground that they were obsolete.

The State Government, in a statement by the Commissioner for Information, Mr Charles Udoh, said its decision to reject the vehicles followed an evaluation of other donations by the oil company.

“The vehicles are considered too old and not in good enough operational conditions to withstand the rigors of contact tracing which they were meant to serve.

“However, the state government has accepted the two ambulances and 20 hospital beds also donated by the oil company despite the fact that the ambulances are converted buses while the beds are below the standard of those currently in secondary healthcare facilities in the state.

“The Akwa Ibom State Government appreciates the continued support of corporate bodies and private individuals who have so far made cash or other materials donations towards the fight against COVID-19 in the state,” the statement reads.

The Managing Director of ExxonMobil Companies in Nigeria, Mr. Paul McGrath, during the donation last weekend said the firm was partnering with the Nigerian National Petroleum Corporation (NNPC) and other stakeholders on ways to halt the spread of coronavirus.

He said ExxonMobil’s donation was part of an oil and gas industry’s effort as coordinated by the NNPC to provide medical supplies, deploy additional equipment and to support medical infrastructure as well as in-patient treatment.

McGrath said that the NNPC/MPN Joint Ventures efforts were being guided by government agencies’ advice with regard to specific requirements and determining the areas of greatest need.

“Supporting Nigeria’s fight against COVID-19 requires a broad, collective effort that should follow the guidelines established by the Nigeria Centre for Disease Control (NCDC) as well as the State and Federal Governments,” he said.